Building engineers can be sustainable champions 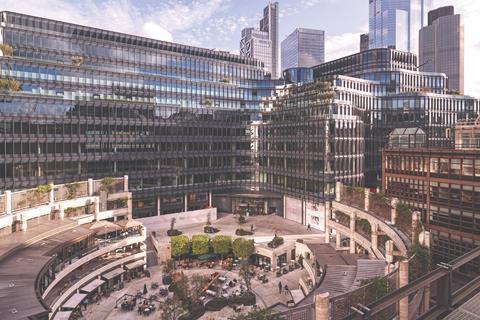 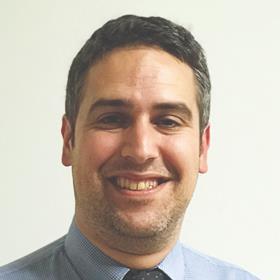 Just a few short years ago, client focus was about designing the most energy efficient building from scratch, with developers and architects chasing the shiniest BREEAM or LEED ratings.

Today, while such things still matter, the focus has shifted to making the most of the buildings we have in a bid to reduce embodied as well as in-use carbon. Certainly, that is our approach at chapmanbdsp.

We minimise demand for mechanical and engineering and our ‘passive and retrofit-first’ approach is complemented by our modelling around retaining structures and reducing existing plant – with the aim of ‘giving space back’ to clients.

But what has really influenced the client mindset is the increasing legislation relating to carbon and energy use, which has made clients and planning officers acutely aware and responsible for the impacts of embodied carbon. This has totally changed their thinking, and ours, and makes our work as building engineers more important than ever.

We used to have three points of analysis for our work – time, cost and quality – but now we have a fourth, carbon. This new ‘square analysis’ is vital for clients and, importantly, planners, as it sometimes tips the balance on design decisions.

What this means is that we now have to guide clients through the process of balancing embodied carbon and operational energy, and show them where the significant embodied carbon quantities lie, which is mostly in the materials and structure. We help advise on structures, whether to have aluminium or steel for instance, and how to adopt ‘circular’ principles into their projects – reusing and repurposing where we can.

This kind of thinking helped the 100 Liverpool Street scheme (pictured above) achieve net zero status and on another recent project, we proved how this ‘squareanalysis’ can lead to unexpected outcomes. We were putting in a new core into this scheme and the client was inclined to use steel. However, our modelling showed that, contrary to expectation, concrete would be more beneficial. Though concrete is heavier, we showed it was less carbon intensive on this project. In this case, concrete was not only the most sustainable option, but it was also the cheapest – a double win. That project achieve planning approval in under a year.

It has also had a huge effect on some of our current commercial schemes. On the 120 Fleet Street scheme we increased the area of the building. We found that, even with adaptations, the best option was taking it back down to the ground floor and build back up.

Retaining some 45% of the structure of the building in the basement and piling has allowed the building above to be reformed into an energy efficient building, balancing daylighting and energy, as well as creating biophilic terraces for the occupants.

At Angel Square, 80% of the structure of the building has been retained in re-imagining this building. And at 81 Newgate, the structure and façade element are being reused in the new cladding system.

For the 318 Oxford Street scheme, we managed to retain the structure and main façade elements.

Previously, building services were an afterthought for clients, but now we are having honest conversations early and telling them what compromises they need to make from the outset to get through planning. That conversation used to take place at stage two of the design process, now it is at stage zero.

This type of conversation simply wouldn’t have happened even two years ago. Before, we didn’t have to talk in front of the planning committee. Now, building services engineers are seen as a main contributor. Clients have even told me that we are now swaying planning decisions.

Now, for a client, the first conversation is often with us, then structures and facades and then architects. This has allowed us to use a truly integrated design principles on projects from the outset. The ‘sustainable champion role’, which we offer at chapmanbdsp, has now become vital on projects.

Market expectation is also changing. Once, the natural inclination of architects was to rip down an existing structure and replace it with something new.

In many ways, that was understandable. After all, the post-war years produced some astoundingly pedestrian, if not downright ugly, buildings. It is also a natural instinct of creatives to put their stamp on a project. It is telling that architects are able to associate themselves in the public’s mind with projects in a way that other consultants cannot.

But increasing environmental concern has changed that, something that has been greatly enhanced by changing fashions. While once exposed concrete ceilings and services were seen as an abomination, essentially revealing all the dirty work that should be behind the scenes, now such features are in vogue. When the aesthetic mood changes, it becomes easier to do the right thing in terms of sustainability. Such whims are inherently fleeting, but for now they are pointing in the right direction.

Investors are also increasingly focused on their environmental, social and governance (ESG) credentials, in the full knowledge that it is what society at large expects. As a result, they expect the developers and developments they support to match their own high standards. At the end of the day, money talks and it is difficult to exaggerate the importance of this shift in investor sentiment.

Evidence of the catastrophic results of human-induced climate change is becoming impossible to ignore, with the extreme heat seen in much of the world this summer and the recent floods in Pakistan just two examples.

Covid-19 has also played a role. It may seem odd to link a novel and deadly virus with environmental awareness. They are, after all, very different issues. But the fact is that the pandemic and attendant lockdowns prompted many of us to reassess our priorities. We came to appreciate the quality of the environment all the more. Developers had the same experience as the rest of us.

Further government intervention is also coming down the track. In the UK, it is a legal requirement that commercial buildings must have an energy performance certificate rating of at least ‘E’ before a new lease can be granted or an expiring lease renewed. However, from 1st April 2023, this requirement will be extended to both new and existing leases.

More recently, the government set a target of lifting the minimum energy efficiency standard in relation to let non-domestic buildings to ‘B’ by 2030.

The most sustainable way to approach any project these days is to think about, as said, whole life carbon but also the circular economy. Circular economy principles in the built environment are less well rehearsed at this stage, but that will change and quicker than many assume. The idea here is that any project, be it refurb, retrofit or rebuild, should designed in such a way that as many components can be reused as efficiently as possible.

This approach is particularly the case when it comes to commercial development. After all, commercial buildings generally need to be at the very least refreshed every 15 to 20 years. As a bare minimum, we encourage all our clients to retain the concrete contained in the foundations and building of an existing building. After all, that is where a high proportion of the already poured concrete – about 40% to 45% – is to be found.

Ultimately, decisions are not ours to make. However, our clients at least understand the increasingly important role building services engineering plays in the successful delivery of a project.

Increasingly, we are all think along similar lines and adopt the view that the greener the construction and operation of a project the better, both in terms of environmental responsibility and the bottom line.