Alongside the outstanding speaker line-up, opportunities to network and high-level debates on the key issues in the sector, PW’s annual RESI Conference is known for its entertainment. 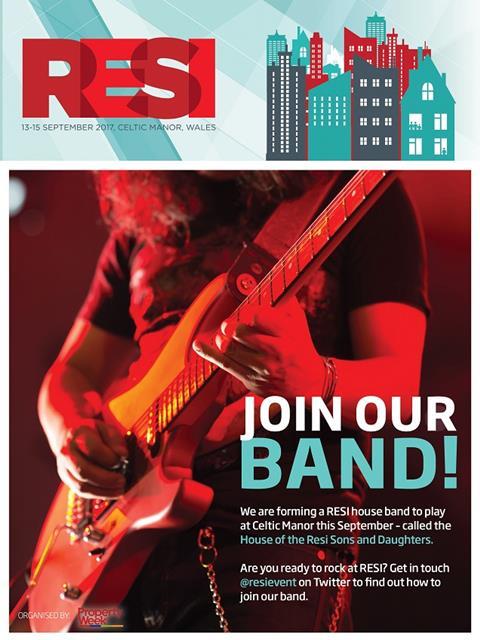 However, while in the past most of this has been laid on for delegates, this year we’re hoping the delegates will be the ones laying it on.

In the spirit of Britain’s Got Talent and The X Factor, we are forming a RESI house band (see what we did there?) to play at Celtic Manor this September - called the, ahem, House of the Resi Sons and Daughters.

We are calling on all BTR Bowies, modular Keith Moons, proptech Princes and housing Hendrixes to get in touch with @resievent on Twitter or email newsdesk@propertyweek.com.

All you need to do is commit to a rehearsal in August and be signed up to attend the main event on 13-15 September in Wales.