Jeremy Corbyn has put developers firmly in his sights after the new Labour leader vowed the party would press for a crackdown on affordable housing contributions as part of a wider policy push aimed at building 100,000 council homes each year. 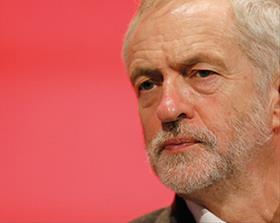 In his first conference speech as leader, Corbyn this week said housing would be a “top priority policy” for Labour and pledged “a decent home for everybody”. He slammed the Conservative party’s housebuilding record under the coalition government, claiming that “nowhere is the Tory failure more complete or more damaging”.

“In the last parliament at least half a million fewer homes were built than needed,” he said. “Private rents out of control; a third of private rented homes not meeting basic standards of health and safety; the chance of owning a home a distant dream for the vast majority of young people. There’s no answer to this crisis that doesn’t start with a new council housebuilding programme.”

The new Labour leadership began to sketch out its new housing policy this week, with shadow housing minister John Healey announcing that Pete Redfern, chief executive of housebuilder Taylor Wimpey, had been tasked with leading “an independent review to analyse the root causes of the housing crisis and set out the ideas needed for a wide new debate”.

The promise of a new review into housing comes less than a year after Labour published the 180-page Lyons Housing Review, prepared for the party by Sir Michael Lyons, the former chairman of the BBC, which included a range of recommendations aimed at boosting housebuilding numbers to 200,000 a year. Healey said the “Redfern review” would report next summer.

Healey also published a discussion paper, in partnership with the left-wing think tank the Smith Institute, which claimed a programme of building 100,000 affordable public homes to rent and buy a year could pay for itself in 26 years through lower housing benefit payments, returning a profit to the Exchequer of £5.8bn over 30 years.

The report said measures to boost council housebuilding could include giving councils more freedom to borrow against their assets to fund housebuilding and ratcheting up the obligations on developers to fund more new social homes through the planning system.

“In the last parliament, the planning system was blamed for the lack of new homes, and the government made it easier for developers to get away with building fewer affordable homes by introducing a test of project viability,” the report said.

“No substantial adjustments to this test were introduced as the market recovered. The granting of planning permission can be hugely profitable for developers, and it’s essential that some of this added value is retained for the wider public benefit.

The report also called for a significant Homes and Communities Agency grant programme, which could allow councils and housing associations to lever in private finance and build at scale. Although Healey said the paper was intended to spark a debate and did not represent new Labour policy, it does mark out the direction of travel for the new-look Labour leadership.

Corbyn praised the paper in his speech, saying it showed that a massive new council housebuilding programme could “pay for itself and make the taxpayer a profit by cutting the housing benefit bill by having reasonable rents, not exorbitant ones”.

In a reprise of the rhetoric of Ed Miliband, Corbyn added that there was also a need to “tackle land hoarding and land speculation”. Corbyn’s manifesto called for a land value tax on undeveloped land with planning permission and the introduction of ‘use it or lose it powers’.

“These are issues that are so vital to how things go forward in this country,” he said. “I want a kinder, more caring politics that does not tolerate more homelessness, more upheaval for families in temporary accommodation. A secure home is currently out of reach for millions.”