The Greater London Authority (GLA) has been accused of “cooking the books” on affordable housing after a London Assembly report found that it only just hit the lower end of its target range. 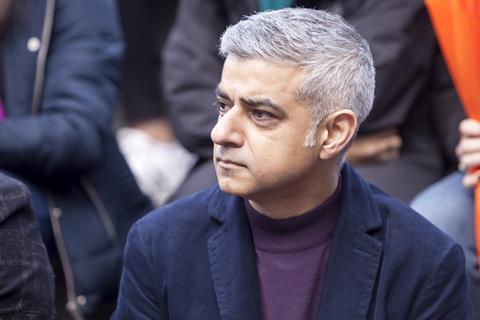 According to the London Assembly’s latest Affordable Housing Monitor, published last week, a total of 12,555 affordable homes were started in London between April 2017 and March 2018 against a target of 12,500 to 16,500.

This was a significant uplift compared with 2016-17 when 8,935 were started, but still well below the 42,841 that the London Assembly claims are needed to meet demand.

At a meeting of the London Assembly housing committee last week, councillors from across the political spectrum grilled representatives from the GLA on the extent to which London mayor Sadiq Khan has delivered on his affordable housing promises.

The report showed “the mayor is letting down Londoners”, said Siân Berry, Green Party councillor and chair of the London Assembly housing committee, in a statement before the meeting.

“He promised us more affordable housing, but so far has fallen very short of his promises, particularly on social housing, which is our greatest need,” she said.

At the meeting itself, she added: “There has been an increase in the overall delivery of homes, but the need has also gone up. So the delivery as a proportion of need is lower than it’s ever been.”

Andrew Boff, leader of the Conservatives in the London Assembly, was even more damning. He argued that some of the housing starts that had contributed to the final figure were in fact ‘restarts’ – stalled projects that had also been counted as starts in previous years.

“This is quite significant because – if you take out the restarts from the previous year – the mayor missed his own targets,” he explained. “It looks like cooking the books.”

David Lunts, executive director of housing and land at the GLA, strongly denied these claims. “We’re certainly not cooking the books,” he said. “It looks like it,” replied Boff.

Defending the GLA’s record on affordable housing, James Murray, deputy mayor for housing and residential development, said progress had been hindered by the previous administration and government.

He blamed former mayor Boris Johnson for the current low completion rates of affordable housing projects, stressing the lag between the end of one administration’s impact and the start of another’s.

He then criticised the current Conservative government for failing to provide enough funding for the GLA to facilitate housing of all tenures. According to Murray’s estimate, the GLA needs a £2.4bn pot but is currently working with £700m. 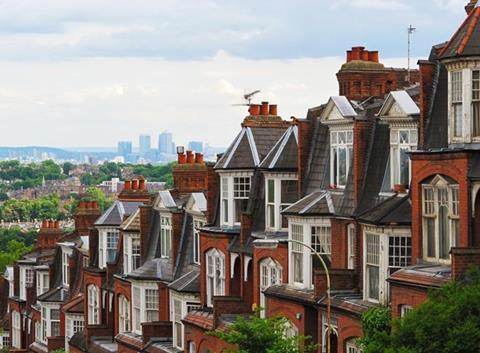 Homes in Muswell Hill in the London Borough of Barnet

Tony Devenish, a Conservative councillor in the London Assembly, argued that the GLA could do more with the £700m “by giving it to the smaller, more agile developers rather than, dare I say, the same old organisations”. Murray’s response was that large developers were sometimes the only ones capable of delivering large projects.

Devenish pushed Murray to confirm whether or not the GLA would introduce quotas to make sure it worked with more small housebuilders. Murray replied that the GLA would rather hit its 116,000 target for housing of all tenures than create quotas.

All eyes will be on the GLA to see whether it can get closer to its targets – for both affordable and market housing – next year without coming under fire from the London Assembly.