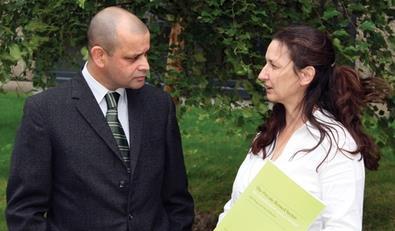 A hotly anticipated review of the UK’s private rented sector has received only a lukewarm response from the residential property industry, as key figures branded it as ‘lacking ambition’.

Last Thursday the University of York’s Julie Rugg and David Rhodes published their independent Rugg Review, commissioned by the Department for Communities and Local Government, into the private rented sector.

They made recommendations to improve the sector for both tenants and landlords (see box below).

Newly appointed housing minister Margaret Beckett said the report’s findings would be ‘carefully considered’ before the government sets out the next steps to improve this ‘really important’ sector in the housing market.

However, while much of the report was broadly welcomed by the industry, it was also criticised for missing opportunities.

The UK’s largest residential landlord, Grainger, said the report’s recommendations would not stimulate the build-to-let market and did not touch on the ‘urgent issue’ of how to bring investment into the sector so that it can make a ‘real contribution towards increasing housing supply’.

Grainger chief executive Rupert Dickinson said the report would carry forward the debate, which was useful, but said it was ‘dismissive’ of institutional investment.

‘We don’t accept that, in the current economic climate, small landlords can be relied upon to grow the sector and we would see encouraging institutional investment as a priority,’ he said.

‘The Rugg review is a step in the right direction but the government needs to acknowledge the importance of build to rent, address planning policy, facilitate residential REITs and look at ways to stimulate investment.’

He said the report ‘tinkered around the edges’ and did not address the main issue: how to replace the funding needed for high-risk speculative regeneration schemes, which during the past few years ‘have been funded by forward-selling to amateur landlords’.

‘How are we going to replace that funding going forward?’ asked Dickinson. ‘We have to bring serious investment into the sector and need some real incentives so we can bring tens of billions into the sector and we need to be thinking on that scale. We will have to be radical and this report is not proposing anything radical.’

Dickinson also said the regulation and licensing system would further penalise ‘good landlords’, who are already regulated by other legislation, in an attempt to police bad landlords and provided no incentives. ‘Why expect a good landlord to pay further to deal with poor landlords when the report is already saying that my management costs are too high?’ asked Dickinson.

Nick Jopling, CB Richard Ellis head of residential, said the report had done a good job of examining the problems areas, such as slum estates and concentrated student zones, but did not look at how these issues could be tackled in the future.

‘It has not been ambitious enough about what we could do next and I feel it could have gone further. The housebuilding sector has almost come to a standstill and this review has missed the opportunity to find ways to meet the needs of the future and to create a catalyst for the UK construction industry,’ said Jopling.

The British Property Federation said the report presented more positives than negatives but did not ‘explicitly support investment from institutions’.

Speaking to Property Week Rugg defended the report and said its aim was to create an environment where the sector would attract high levels of investment.

‘Everyone keeps banging on about how we need institutional investment… but the residential sector does not look like the commercial sector and we have a conundrum here.

‘It is not that we don’t want it [institutional investment] but we have to make it [the private rented sector] ready.’

She said it had to become easier for landlords to expand and grow their portfolios, which is why she suggested changes to Stamp Duty.

‘All the people making the big claims are the biggest landlords and it is the same people saying the same things over and over again,’ said Rugg. ‘But you have to think of the whole sector and the whole sector has to grow.

‘We don’t have enough information as there is no data yet and we have to resist making sweeping generalisations that buy to let is bad and institutional investment is good.’

Rugg was commissioned by the Department for Government and Local Communities a year ago with ‘the desire to see private renting as a less marginal,
poorly regarded “third” option that sits behind the preferred tenures of owner occupation and social renting’.