Last week’s Budget was the third George Osborne Budget in a year - and his fourth major set piece if you count the Autumn Statement. 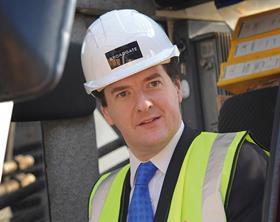 The sense of ennui didn’t last long though as the chancellor unveiled a clutch of measures – some surprising and not all welcome – that are likely to have a significant impact on the residential development sector.

To the surprise of many, Osborne used the Budget to declare that large landlords will not be exempt from the 3% stamp duty surcharge that will be imposed on the purchase of additional homes. A consultation on the higher rate, which was first announced in the Autumn Statement and will come into effect on 1 April, had suggested that those owning 15 or more properties would be exempt to foster large-scale investment in the build-to-rent sector.

The decision to impose the new rate across the board came as a surprise, therefore, particularly to industry lobbyists – the British Property Federation described it as a “huge blow” to the private rented sector (PRS), while others said it was “disappointing” and an “additional headwind” that could undermine the nascent sector.

However, as Bill Hughes, head of real assets at Legal & General Property, noted, for PRS developers that hold the assets they build, the measure would have a limited impact. “Our long-term approach, which means we are building from the ground up and then owning the properties for the long term, means that the Budget announcement should not have an impact on our commitment to the build-to-rent sector. If anything, it confirms that our model is the right one,” he said.

On a more positive note, Osborne extended the PRS guarantee scheme, which is aimed at encouraging long-term institutional investment in the sector, until December 2017.

The government has yet to publish a long-awaited consultation setting out the detail of its plans for starter homes, but has now launched a £1.2bn fund for local authorities, aimed at bringing forward brownfield land for the development of the entry-level homes. The fund is targeting councils outside London and will be used to support the acquisition and remediation of sites, with a view to delivering 30,000 starter homes by 2020. The Starter Home Land Fund will be managed by the Homes and Communities Agency (HCA).

The £10bn regeneration of Old Oak Common took an important step forward with the announcement that the government had agreed a memorandum of understanding on the transfer of Network Rail and government-owned land on the site in west London to the Old Oak and Park Royal Development Corporation (OPDC), which has been established to oversee plans for the area.

Speaking to Property Week at Mipim, Victoria Hills, OPDC chief executive, said the decision meant the corporation “goes from being a powerful enabler to actually taking on the development and delivering it”.

However, she added that the pressure was now on to deliver a successful scheme. “There is a big expectation from the government that we will deliver growth. The chancellor has said we’ve got to be very clear about what we’re delivering and how we’re financing it,” she said, adding that the corporation was “already in pre-application discussions with developers for some of the fringe sites on the wider scheme”.

Who remembers the London Thames Gateway Development Corporation? It was set up in 2004 to drive forward a long-term vision for the strategic development of the Thames Estuary, which Lord Heseltine badged the Thames Gateway in the 1980s after flying over the 40-mile area of river bank and flood plains in a helicopter and concluding it should be treated as a strategic whole. It was not to have a long and illustrious life. After less than a decade of mixed progress, it was scrapped by the coalition in 2013 in the name of localism.

Now, with no hint of irony, Osborne has announced a new Thames Estuary Growth Commission to “develop a long-term vision and delivery plan for the Thames Estuary region”. And who will lead it? Lord Heseltine, of course.

The fineprint of the Budget contained a plan to bring forward the development of Network Rail sites at railway stations for housing, commercial development and other regeneration projects. The initiative will see the HCA work with Network Rail and local authorities to offer land around stations for development, with the first sites to be confirmed in the near future.

Stephen Barter, chair of real estate advisory at KPMG, described the plan as the Budget’s “hidden gem”, which would be a “huge boost” for town centres.

“While more detail on the sites involved is still to be announced, this is a significant move to enable stations to become regeneration and growth catalysts for their surrounding neighbourhoods, which are often underused and unloved areas of town centres,” he added.

Crossrail 2, a new north-south rail link for the capital, received a welcome boost from the chancellor, with £80m in funding for the mayor of London to develop detailed plans for what will be London’s next big infrastructure project. However, this was considerably less than the £250m that Transport for London (TfL) had asked for.

Osborne also said that the government would bring forward a Crossrail 2 bill in this parliament – a significant moment for the £28bn project, which promises to unlock the development of 200,000 homes.

Meanwhile, the mayor of London has been asked to bring forward detailed proposals on how TfL can “capture a proportion of future land value increases around proposed infrastructure projects funded by the public sector, in order to provide a source of financing to support the construction of such projects”.

Having failed miserably during the coalition years to introduce mayors to England’s regional cities via referenda, Osborne is having far more success through his ‘city deal’ approach. This offers a range of powers and funding to city regions as long as they agree to adopt the mayor and ‘super council’ model of governance.

The latest areas to sign up include Greater Bristol (known as the West of England Partnership), Greater Lincolnshire and East Anglia. The latter covers 22 councils across Cambridgeshire, Peterborough, Norfolk and Suffolk, although, awkwardly for a partnership that is meant to be based on a real economic area, it does not include Cambridge.

The deals will hand a potpourri of powers and funding over areas such as planning, transport and housing to the new combined authorities. More deals are also in the pipeline, including a £1.5bn package for Edinburgh.

Powering up the north

Critics were quick to point out that some of the £300m in funding had already been announced – and that the cash was merely to support the development of detailed proposals, meaning there was no guarantee the projects would in fact go ahead.

Indeed, some in the north suggested the funding was intended as a distraction from Osborne’s more concrete commitment to Crossrail 2, in London. Surely not!