New Year’s resolution to buy a home? In London, perhaps not...

According to Forbes, just 8% of people achieve their New Year’s resolutions. 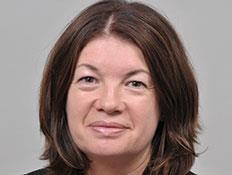 For those Londoners who had ‘buy a new home’ at the top of their list and were hoping to pull it off in the last month of the year, the Autumn Statement has caused either distress or joy depending on the value of the home of choice.

For those with a sub-£937,000 property in their sights, there will be a little more money available for mince pies or perhaps even a new sofa. However, those seeking a large family home in many areas of the capital are likely to find themselves close to, or over, the threshold of the higher Stamp Duty liabilities as determined by the chancellor on 3 December.

Cluttons forecasts that house prices in Greater London will have risen by more than 20% by the end of the year, while prices in prime central London will have jumped 10%. In order to operate in this moving target of a market, homebuyers have inevitably had to financially extend themselves further and further.

Affordability of home ownership for first-time buyers in the capital has reached its lowest level since 1983 when Nationwide started collating this data. Following a gradual creep upwards since the mid-1990s, the past five years have seen the capital move into a different league relative to the wider metropolitan South East. In doing so, it has moved well out of reach of those working there who have not been fortunate enough to accrue capital from existing home ownership.

It is clear therefore, that with the price earning ratios at a historic high, even with the benefit of a low interest rate environment, a large proportion of buyers entering the market over recent years have been close to the financial brink. The revisions to Stamp Duty Land Tax announced in the Autumn Statement have now pushed many prospective buyers over the threshold of financial feasibility. Without the scope to increase mortgage finance, a large number of potential home buyers therefore face a choice: to move from London, or opt to rent in the capital.

Certainly there is some evidence of the latter occurring, as well as people choosing to buy elsewhere in the UK just to be able to purchase a home. This strategy was highlighted in a survey of households we undertook last year, just as the market upturn started to take hold in Greater London. Almost 10% of tenants living in London specified this as their plan of action. Clearly with work and life drawing - or tying - households to the capital, a mass exodus is unlikely.

So back to that New Year’s resolution to buy a house. For those where this was a realistic possibility up until 4 December, the rental market may now prove the only real option. This will include some who own a home but are faced with the prospect of a growing family and housing needs that are beyond their financial capacity. We therefore expect to see a sharp increase in demand for new tenancies and also renewals as householders defer their resolutions for another year. This will present opportunities for existing or potential landlords, particularly over the coming months as the market adjusts and households take stock to financially regroup and adjust to the new financial realities of buying in the capital.

Sue Foxley is head of research at Cluttons