We are constrained by precedent in the property industry. We take risks based on previous experience, and our lives are ruled by a little red book. We polish up the past; rarely, though, do we reinvent it. 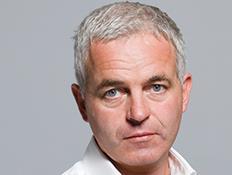 But this is 2015, and society is transforming so rapidly that we must move the oil tanker more quickly. Just track the 14% or 15% yearly house price growth in some London boroughs, or look at those unfortunate people sleeping in garden sheds: residential property is not only out of date; it is woefully out of touch.

This applies both corporately and strategically. As property companies, we should be investing in the best, most creative and nimble teams rather than doggedly pursuing one narrow-minded strategy. And those teams in turn should be singularly focused on tailoring their work to the needs of real people.

The best way to demonstrate shareholder value is through track record; it is through having a team that consistently surprises and delights shareholders by adding value at every turn.

Reputation and trust are not earned through simple repetition and market speculation; they are earned through good people taking calculated risks and getting it right. A team with a real track record is worth a thousand shameless property flips. A team that builds a track record by rolling out a vision to develop great places with beautiful homes that delivers sustainable economic growth creates a brand. All this creates lasting shareholder value through the peaks and troughs of economic cycles.

A good example is Berkeley Homes. Despite having its detractors, the company has pioneered constantly — to the extent that many sensible people would trust Tony Pidgley et al with their last few remaining pennies above almost anyone else.

Whether or not like Berkeley you operate in prime residential (we at Development Securities and Cathedral largely do not, albeit holding 10,000 potential and consented plots in our pipeline), you can still follow its example by carving your way through a market rather than being tethered to it.

Also noteworthy is the rapid rise of successful private rented sector (PRS) operators such as Fizzy Living and Essential Living: they have courted institutional investors by proving that, despite it having no real precedent, this market can actually be made, almost overnight. The ones to watch will include Bill Hughes at L&G, L&Q and Neighbour. PRS is a key part of any successful regeneration plan: sprinkling disposable income in key areas of need.

They remain exceptions, though. And every one of us should be looking at smart new ways of reimagining traditional property formats fit for 21st-century living, not just the few.
Affordability, for example, needs addressing urgently. There are two options here: moving outwards, by building affordably in the London city region where there are great towns within an hour of London, encouraging Londoners to live in commuter suburbs; or inwards — working out how to build affordably in London itself.

We are looking closely at micro-apartments in our London schemes and plan to break the mould in economic living spaces.

The question we ask ourselves is: if London is overcrowded and space is limited, how do we create the greatest micro-flats that are amazing to live in? Well, we are actually taking our cue from other sectors, which celebrate product design to the last millimetre.

By improving communal space and amenities, we think we can create an intermediate market for twentysomething first-time buyers who might have only just left their student pad behind.

We expect to be pioneers here, but given the stick-in-the-mud attitude of some investors, we are obviously taking a risk. Thankfully, Cathedral’s merger with DevSecs proves that money will marry up with true innovation when it has real substance.

We must rethink how we are approaching complex problems to find a solution that works for real people. Success here will eventually come down to the company culture, rather than a team that cynically rides on the coattails of another boom.