What's next for the resi land market?

At a recent roundtable in London, lender Avamore Capital and data platform LandInsight brought together a handful of developers and agents to debate the big issues affecting the residential land market.

Topics on the agenda ranged from the future of permitted development rights to the shifting role of agents and the caution surrounding modular construction.

Here are five key takeaways from the debate:

>> The downturn means there are deals to be done

Daniel Minsky, director at agency Estate Office, said that developers looking for land would do well to revisit sites that were acquired at the top of the market but have not been built out. “There are sites that were bought two years ago by developers who hoped that the market would go higher and higher, and have since found that it hasn’t,” he said.

“Someone else can come in, pick it up and get themselves a bit of a deal – especially if they are cash funded, as being able to buy something quite quickly is a massive turn-on for sellers right now.”

Permitted development rights (PDR) to turn offices into residential have been a “huge opportunity” for developers, according to James Graham, director, development, at CBRE in Bristol.

So could it be applied to other use classes? “The office-to-resi PDR came about because there was so much vacant office space, but in the past few years we have seen a much greater vacancy rate in retail and town centres,” he said. “However, planning policy is still very protective of that. There is a conversation going on in the industry [about a retail-to-resi PDR], but who’s to say whether it will happen.”

>> Will data reduce the need for land agents?

As data platforms such as LandInsight make finding sites quicker and easier, what does this mean for agents? “There’s going to be a rush of technology, but I think that the synergy between agents and technology is the future,” said Matthew Firmston-Williams, business development director at LandInsight. 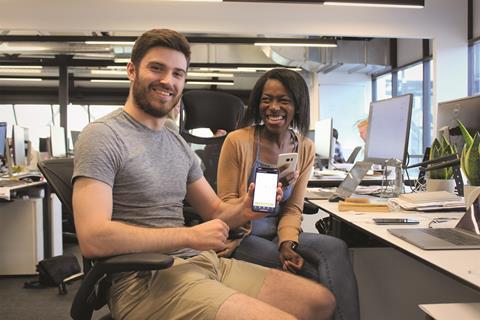 Last week, LandInsight launched a mobile app that enables users to obtain detailed information on sites from their phones

Minsky added that while proptech and blockchain could make life easier, property would remain a people-focused industry. “There is still a lot to be said for going out and knocking on doors,” he said. “There are potential land sellers out there that you don’t even know exist yet.”

Although lots of developers want to learn more about modular construction, not many are yet active in the sector. “My clients are interested in it, but the majority will sit back and see how it moves forward,” said Graham.

Those who were considering using it said they would do so cautiously. “We would rather be a customer and support modular factories [by making orders] until it became a more common product and we had built up our own confidence,” said managing director of developer Hillnic Daniel Hillman.

One area where it is being used more commonly is rooftop development. Laith Mubarak of Click Properties described this as “the big opportunity” in the London residential market right now, and one that only “a handful” of developers were taking advantage of.

Migration of the construction workforce after Brexit is still a major concern for developers. “There is this impression that the UK is a golden goose, but there are also massive infrastructure projects happening in France and Germany and [the workforce] will go elsewhere,” said Raouf Belmouloud, managing director of Grace Charles Property London.

Others on the panel said that construction firms were becoming more selective about which developers they worked with for fear of contracts falling through or schemes stalling.