Spreading the load across the UK’s transport system

The new iPort rail terminal will be a huge step forward for the logistics sector in a bid to move more freight off the roads. 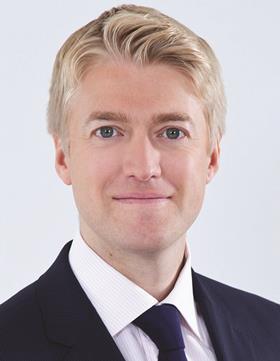 Now 15 years on from inception, Verdion’s iPort development near Doncaster is set to take its next major step forward with the opening of a rail terminal in September this year.

It will be a big moment for the company and for the project, but it is also representative of the direction the government hopes the logistics sector will increasingly take in the future.

The idea that this was a great, strategically located site first came about back in 2002. That sounds like an eon ago when you think about all that has happened since, but there were several key milestones that had to be reached to make the development a reality. First, there was the question of road access, which, no matter what our plans for a rail terminal, was necessary to get the project operational.

Road access meant a new motorway junction, which required agreement with all the relevant authorities, as well as a significant funding contribution.

The new road - now called the Great Yorkshire Way - only opened a year ago, so it’s been a long time coming, but it provides multiple benefits not just for iPort but for the wider community. It provides access to Doncaster and Sheffield International Airport, opens up residential land for development and helps local people in terms of transport infrastructure.

At the same time, we also had to get agreements to buy the land, secure funding for the project and gain planning permission. It’s green-belt land, so obviously that wasn’t straightforward, but having the rail terminal made that process viable. Doncaster council itself responded very well. It’s a business-friendly town and the council has been helpful, enthusiastic and co-operative - it’s been a great partnership with the authority and with other local stakeholders. 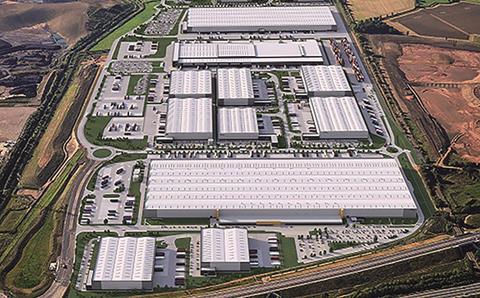 The 2008 global financial crisis occurred right in the middle of the project, which of course slowed things down a little. However, the project took a massive step forward in 2013 when we secured funding from the Healthcare of Ontario Pension Plan (HOOPP) - a brave and enthusiastic move given that the site was just a muddy field without any access at the time. It was quite a leap of faith on their part.

The pre-development phase of iPort reinforced some of the challenges that are common to UK projects: the complexity of getting infrastructure connected and securing planning consent, even with a helpful authority. Getting the utilities sorted was also difficult and expensive. It was hard work but it’s paid off because we are now able to provide up to 52MVA of power to our customers, more than enough to cover even the most energy-intensive operations.

Up to 6m sq ft of logistics space

However, the result of our efforts is one of the best logistics projects to come forward in recent years. Essentially, iPort is a very large, multi-model logistics scheme with the rail freight terminal serving as its centrepiece. We can develop up to 6m sq ft of logistics space over multiple phases. The rail terminal itself is a phased development with six dedicated rail sidings and is able to receive full-length 775m trains right from the start of operation. There is also going to be a large area for the storage of containers - at least 1,500. It’s a rail freight terminal with all the bells and whistles.

Essentially, iPort is a very large, multi-model logistics scheme with the rail freight terminal serving as its centrepiece

The terminal benefits from existing rail infrastructure, which was obviously critical to the success of the wider project from the outset. It sits alongside an existing freight line, which is perfect because it means that it’s much easier to bring trains on and off at convenient times. Trains can then move into Doncaster, where there is already significant rail infrastructure, and then go on the East Coast Main Line with all its access to both the north and south of the UK.

However, even without the terminal in place, iPort had made great strides forward. Once we had the funding in place, in early 2014 we were able to start the infrastructure works, ground preparation and the utility connections with the access road ongoing at the same time.

As a result, from mid-2016 we had the first speculative units completed and we hit the market with perfect timing. We let a unit to Fellowes before it was even finished and another to Amazon just a couple of months after completion.

Around that time, we also agreed to build a 1.1m sq ft unit for Amazon to let on a long-term lease. The deal was signed in August last year and the building is due for completion this August - a very significant project for the region. We have also let a 215,000 sq ft space to CEVA Logistics, to be completed later this month, and Lidl has taken 650,000 sq ft. All in all, we’ve completed on around a third of the space and we’ve still got around 4m sq ft that we can develop.

The project also has strong environmental credentials. It features around 400 acres of land dedicated to wildlife and wetland centres and the buildings themselves are extremely energy efficient. On the first two completed buildings we’ve achieved an Environmental Performance Certificate rating of A15, which is right at the very top of the range of what any warehouse developments are achieving in the UK. In fact, we think it’s the highest that has been achieved, certainly for speculative buildings.

Our environmental footprint is very important to us but so too is our economic impact. We are expecting to create at least 5,000 new jobs for the region and we’ve made a lot of investment into infrastructure and local businesses. HOOPP itself has invested at least £400m into this project - it’s a massive benefit for the local area.

Links to the rail network are becoming more common, perhaps essential, for large schemes such as iPort

The rail terminal will deliver the next step-change. We’ve got a good mix of clients for the development, including businesses that will occupy units on the site and use the rail terminal, as well as clients who don’t necessarily need to occupy units but still want to use the terminal. And there are rail operating companies that also want to use the terminal for their own purposes. We’re very confident that it’s going to work well and we will grow the facility in line with demand.

Completing the intermodal picture is the access to Doncaster Sheffield Airport, which has been opened up by the completion of the Great Yorkshire Way. While iPort isn’t dependent on air freight - historically there haven’t been huge amounts of goods moved to the airport - this area is growing and could be of particular use to many of our occupiers, not least in bringing in employees and for general connectivity.

But the most important point is that links to the rail network are becoming more common, perhaps essential, for large schemes such as iPort. It’s all part of the government’s strategy and our strategy to move more freight off the roads and on to the rail network, for environmental, congestion and economic reasons. Where possible, it just makes so much sense to spread the load across the nation’s transport system. And that’s what iPort delivers.

Verdion is a leading real estate investor and developer, with a specialist focus on logistics warehousing. It provides new buildings for Europe’s leading logistics, e-tailing and industrial companies on a full design and financed basis. The company acquires and controls large areas of strategic development land to meet the needs of its client partners. Verdion was founded by Michael Hughes in January 2010. Headquartered in London, Verdion also has offices in Düsseldorf, Germany, and Malmo, Sweden.