The chancellor’s not-so-mini Budget was full of soundbite tax-cutting announcements. But when it came to business rates, they hardly got a mention. This is exceedingly worrying. 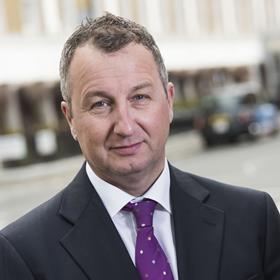 At present, we are on course for a new revaluation in 2023 after a long six-year list. But with just six months to go, businesses have no idea what their rateable value or the multiplier will be, nor the government’s response to its summer consultation on transitional relief.

So, businesses have no idea what they will be paying in their rates bills come April – after a period of some of the highest inflation rises we have seen in 30 years. How can they be expected to plan sensibly ahead?

Business rates are one of the highest outgoings for occupiers of property. The tax raises around £32bn a year gross (£26bn net), and with rates rising in line with CPI inflation levels for September – predicted to be around 10% – this could potentially add a further £3bn to the tax bill if nothing is done.

Colliers has continually called for business rates reform – to rebase the multiplier from current levels of £0.51 to a more manageable £0.34, the level in 1990. We want to see reform of the disastrous appeals system and a proper consideration of other forms of funding to reduce the burden of business rates, such as an online sales tax or delivery tax.

On the immediate front, we need a commitment that the government will not implement downwards transition in the next revaluation – enabling rates bills for those in the beleaguered retail and hospitality sectors to reflect fallen rental values immediately, rather than taking three years to do so.

Given current levels of inflation, we calculate that a downwards transition scheme would mean retail businesses would actually pay £2.68bn more in business rates than they should over the three years of the new list. This could be disastrous for the high street.

So, come on chancellor Kwarteng – it is all very well giving reassurance over high energy bills, but it will be meaningless if you let business rates soar. Remember your party’s election manifesto and reassure us you will reduce this burdensome tax immediately.