Where the most prominent chartered surveyors hang out

Do you recognise this rooftop terrace? 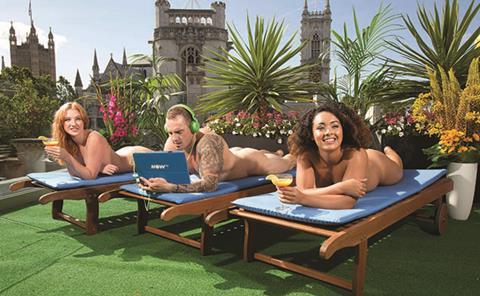 Well, you should do - it’s none other than RICS’ HQ. So much for the ‘stuffy’ tag.

Here at Metropolis we love living the high life but, how do we put this without sounding prudish, usually with our clothes on… So we were deeply shocked and appalled when we learned how the professional body’s high-rise garden in London was recently used.

The terrace is managed by RICS Venues, which often lets it for outside broadcasts and as a film venue, but it got a different kind of exposure this time when it was used to host a naked alfresco gathering. Yes, naked.

Boasting an impressive view of our old friend Big Ben - as well as the tower of the Houses of Parliament (boom boom) - the naked sun terrace event was a promotional do for NOW TV, which will be hosting more such events if you want to top up your all-over tan.

What with London’s naked restaurant The Bunyadi claiming it has a waiting list of 40,000 people, clothing is increasingly passé, it seems. But then it is important to show off one’s assets…