Airport expansion: Why the Davies Commision is only half the story

Three years, £20million, a 350-page report and a clear and unambiguous recommendation: there can be no doubt that Sir Howard Davies has done a very thorough and comprehensive job examining where to site London’s seventh runway. 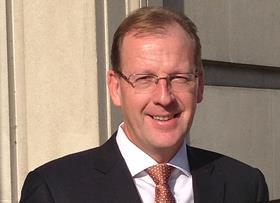 Or is there? The Airports Commission has indeed answered its remit in assessing the options for where to build a new runway. But a new runway is only part of the solution to the issue of airport capacity in the South East.

It will take at least a decade for any new runway to become operational. Yet London’s airport system needs to grow and thrive in the meantime. Even with the addition of a seventh London runway, according to the Department for Transport (DfT)’s own projections, capacity by 2030 will still struggle to meet demand. That means, as acknowledged by the Commission, it is “imperative” that we realise the full potential of the runways we already have.

All airports in the South East have been recording record passenger numbers in recent months. At London Luton Airport (LLA), we recorded our busiest month in our 77 year history in June; 16% more passengers than in the same period last year.

LLA is doing its part to meet demand. We are the only London airport currently committed to increasing capacity, with our £100 million investment programme set to boost passenger numbers by 50% from 12 million to 18 million passengers per year in the short-medium term.

A major barrier to freeing up existing potential capacity is improving the transport links that allow people to get to and from our airports. For example, the lack of overnight rail services currently excludes up to 2-3 million passengers per year from considering rail as a viable option to get to and from LLA; something we’re working hard to resolve as part of the new East Midlands rail franchise agreement in 2017.

Make no mistake; I welcome the Davies Commission’s Report. It has made a clear case for London’s seventh runway; now the politicians must deliver. But no one should be under any illusions that Davies alone represents the answer to the issue of airport capacity. If London and the South East is to truly meet demand for air travel, we need an integrated transport plan, focused particularly on rail connections, to free up additional capacity at all London’s airports.