Town centres are at the heart of our local communities and economies but most are in serious decline. Although this deterioration is not exactly news, the government’s levelling-up agenda has recently brought the urgency of town centre regeneration into sharp focus. 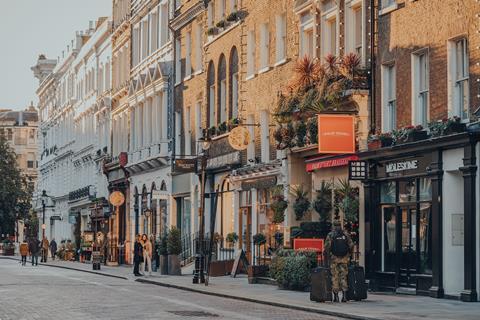 Of course, successful town centre regeneration is not easy, and is made significantly more complicated by sites under multiple ownership. Compulsory purchase orders (CPOs) allow authorities to acquire interests and rights in land for development or infrastructure projects that benefit the greater public good. Assuming development proposals broadly accord with planning policy, CPOs can be used to ensure vision becomes reality.

But it is vital that preparation for making a CPO is done during the early stages of a project. Otherwise, developers will lack confidence when undertaking early negotiations with landowners and occupiers on acquiring an interest.

The Levelling Up and Regeneration Bill recognises the importance of CPOs, identifying regeneration as a key objective in justifying their use. It also includes proposals designed to improve the process for CPOs to be confirmed, and the duration for which the powers can be exercised.

However, the government’s recent 6 June consultation on compulsory purchase powers suggested future amendments to the bill, such as limiting – or removing altogether – a property owner’s right to ‘hope value’ when seeking compensation for the value of land taken, with one eye on the scheme’s viability.

The consultation proposals are concerning and have potential human rights implications. A better way to deliver change at this time might be to improve the availability of specialist CPO expertise within local government and public bodies to assist the delivery of schemes.

If levelling up is to succeed, the government must do more to encourage and support public bodies in the use of their compulsory purchase powers. Only then will the public and private sectors be fully equipped to breathe new life into our ailing town centres. When combined at an early stage, the public sector’s compulsory purchase powers and land interests alongside the private sector’s resources, market focus and technical ability will enable the transformational regeneration laid out in the government’s levelling-up plans.

Adam Rhead is planning and development partner at Gerald Eve