Mipim 2018: could Manchester become a green, cycle-friendly city in the mould of Copenhagen?

That was the question posed at a panel debate on the Manchester stand at Mipim today, hosted by Property Week’s Guy Montague Jones and featuring presentations from Chris Oglesby, chief executive of Bruntwood; Chris Boardman, Greater Manchester’s cycling and walking commissioner; Ed Lister, managing partner at Planit-E and Tina Saaby, city architect for the City of Copenhagen. 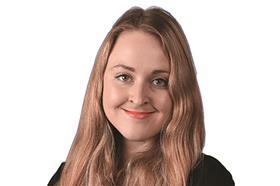 Manchester is not a city known for its green spaces, mostly due to its lack of any major public parks other than the historically run-down Piccadilly Gardens. And its citizens are still heavily dependent on cars: Boardman – a former Olympic gold-medallist cyclist – pointed out that 250 million car journeys of less than one kilometre are made in the Greater Manchester area every year.

But that could be set to change thanks to initiatives such as the Green and Blue Infrastructure Strategy – Greater Manchester’s plan to enhance green links and waterways – and the Northern Forest – a plan to plant 50 million new trees across the country from Liverpool to Hull which the government recently backed with a £6m grant. The idea is that, if these spaces are improved, people will be more likely to walk or cycle around the city.

Interesting address from @Chris_Boardman on the @mcrMIPIM stand: "This is what happens when you make the decision easy - more than 50% of children in the Netherlands cycle to school. In the UK it is less than 3%"@greatermcr #mcrMIPIM #Manchester #MIPIM2018 pic.twitter.com/opTo7NXBIA

This might all sound a bit fluffy to developers and investors – but the standing-room-only audience for the talk at Mipim showed willing on the part of the industry, and the panel argued that better cycling and walking infrastructure could create real economic benefits for the city.

Crucially, they said it would help attract the young, dynamic workforce that Manchester is keen market itself to as an alternative to London.

“The number one thing driving property at the moment is the international war for talent,” said Oglesby. “The people our schemes are marketed at want to be cycling and walking to work.”

So how does Manchester do it? Saaby spoke about Copenhagen’s ‘green hand’ – a large green area of the city shaped like a palm with five outstretched fingers, which means there are connected green links across the whole urban area. She said involving landscape architects in developments at an early stage was key, as well as putting in place long-term cycling and walking strategies to ensure the good intent is not forgotten when new schemes come along – while Boardman said the key would be to make cycling or walking “easy, attractive and safe”.

The return on investment for cycling and walking infrastructure £5.50 returned for every £1 spent....What is the consequence of investing nothing ? #mcrMIPIM https://t.co/djXUOl15JM

Oglesby said initiatives like this would be the next step in Manchester’s growth, helping to establish it as a truly world-class city. “After 25 years of great economic growth, it feels as if the next phase is going to be making sure that that growth is ‘good growth,” he said.

If today’s session is anything to go by, we could see the property industry taking greenery a lot more seriously.

Find out more - Mipim 2018: no sinking feeling for Manchester at Mipim