Oxford Properties’ manifesto this year is ‘Built to Last’ – with the right leadership, the UK could be too

There is nothing like two weeks away at the end of a busy year to get some rest, perspective and renewed energy for the future. 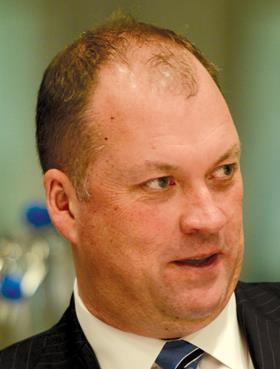 Like many other organisations, we start the year with our annual kick-off meeting to reflect on the past year as well as looking at the key focus areas for the year ahead. In preparation, I dusted off last year’s presentation and found the phrase ‘Expect the Unexpected’. Who could have imagined how true that would end up being in 2017.

I have read a multitude of year-end reviews so won’t repeat the extraordinary series of global events of 2017. I personally found it to be one of the most challenging years, particularly given it was the first half of my role as president of the British Property Federation (BPF).

When agreeing to take on that role three years ago, I had hoped to showcase the UK, and London in particular, as the undisputed centre of the world with all the elements that attracted organisations like Oxford Properties and my family to build a business and call it home. During 2017 I found myself doing a lot of soul-searching and experienced the full range of emotions as the rules of the game changed so dramatically in front of my eyes.

”When you take a step back, you come to realise that many of the attributes that attracted us [to the UK] 10 years ago still exist”

However, when you take a step back, you come to realise that many of the attributes that attracted us 10 years ago still exist, notwithstanding the significant current challenges. Life is simply too short to be grumpy all the time so I have made a commitment to be more positive and build on the great platform we have established.

With my BPF hat on, our partnership with the Department for International Trade and the help and encouragement of other officials from various departments enabled us to put forward a real estate sector deal that built on our Brexit manifesto with a real focus on the future. I also feel incredibly proud of the diversity and inclusion programme and in December we hosted the first BPF Futures event, which was sold out in the first week – the future is definitely in good hands.

At Oxford, the theme for the year ahead is ‘Built to Last’. Both Oxford and I will be 55 years old this year – we have withstood numerous business cycles, restructurings, strategies and organisational changes. Oxford today is healthier than ever. We will shortly announce another year of double-digit returns and assets-under-management growth to more than C$45bn globally and C$8bn (circa 18%) in the UK and Europe.

Despite the challenges of last year, we completed more than C$5bn of investment transactions in the UK and Europe in 2017, taking advantage of capital flows and uncertainty to rebalance our London office portfolio, while increasing Paris and entering Berlin with our purchase of the Sony Center. 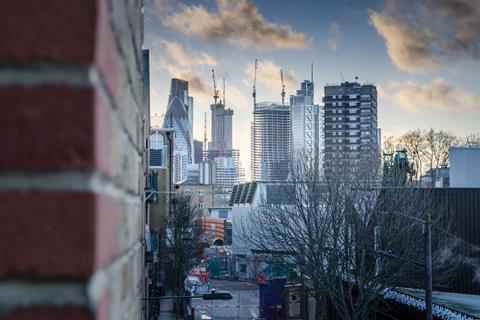 Notwithstanding weakness in the office occupier market, our existing London portfolio is fully occupied and our developments are pre-let with a world-class roster of new customers and an excellent pipeline to take the balance of available space.

We have also been spending significant time evaluating the residential and logistics sectors in the UK. We believe both sectors have extremely strong fundamentals despite uncertainty around Brexit. We also completed our first debt investment deal in the UK and ‘just for fun’, as of 1 January, we have opened an office in Singapore to target the Asia-Pacific region as the next area of growth. Members of our team will be on the ground building relationships and putting together a strategy to capitalise on the success we have enjoyed in the rest of the world – not a bad year under any circumstances.

On Brexit, I was moderately encouraged by the fact that the UK and EU reached an agreement in principle prior to Christmas. I don’t think anyone expects it to be easy but at least we can move forward. I also believe that despite political agendas, to quote the Brexit secretary, “it is time to put prosperity ahead of politics”.

Before final agreement, the government owes it to the nation to bring whatever deal is on the table back to parliament and allow all MPs to vote on what they believe is in the best interest of their constituencies as well as the entire nation.

The UK has withstood far more challenges than Oxford or I. With proper consideration, consultation and leadership I am hopeful that the UK too is built to last.