As consumers increasingly turn to online or mobile retail as well as become accustomed to one-hour delivery services, the logistics real estate sector has undergone significant transformation - and undoubtedly more change lies ahead. 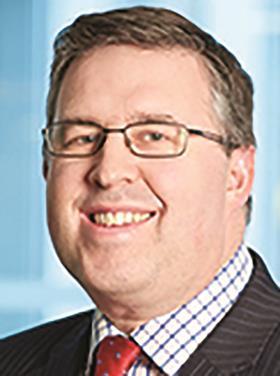 The fourth industrial revolution - or Industry 4.0 - marks one of the biggest drivers of disruption in 21st-century manufacturing, bringing with it innovative technologies including intelligent robotics, 3D printing and artificial intelligence (AI).

Combine these innovations with new approaches to data management and it is clear to see that these hold the potential for manufacturers to save time, boost productivity, reduce waste, cut costs and manufacture more efficiently.

In the face of such advancement, logistics real estate will continue to change significantly.

As occupiers increase their use of smart technology, for example, transport connectivity becomes less important as a location driver for warehouse space. Instead, broadband and data connectivity take the lead.

The fourth industrial revolution - or Industry 4.0 - marks one of the biggest drivers of disruption in 21st-century manufacturing

The widely reported arrival of autonomous vehicles is another example. Such vehicles will of course be able to run all day and all night, prompting firms to consider moving their distribution centres to areas where labour or land are cheaper.

Over and above connectivity and location, developers also need to consider the impact of such changes on warehouse design and the demand for space more broadly.

Predictive analytics are likely to become more sophisticated, with retailers able to know exactly where they need to hold stock - potentially reducing inventory by up to 20%. Similarly, 3D printing might further reduce the demand for storage space, with the possibility of printing stock on site. 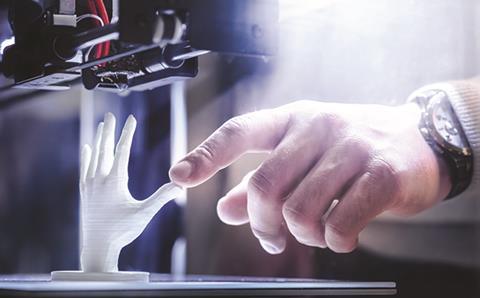 Warehouse automation will also have an impact on building design, with a need for high ceilings and robot-friendly layouts.

The ‘Internet of Things’, for example, could lead to an explosion of smart production lines - feeding data back from multiple sensors to AI-enabled production control software - which will learn how to maximise efficiency and react to issues quickly as they arise. Some older, less well-connected warehouses might wind up unfit for purpose in the process.

The urban landscape will need to adapt too. The rise of one-hour delivery services has already led to an increase in the number of smaller ‘last-mile’ distribution warehouses that are closer to the customer. Meanwhile, autonomous vehicles might reduce the number of cars on the road.

It is likely we’ll see more mixed-use opportunities - such as ‘beds with sheds’ - as investors look to marry up demand for logistics space with the focus on residential development.

There is nothing constant but change itself. However, as Industry 4.0 continues to carve out a new landscape, investors and developers would be wise to consider the impact on future demand for assets such as logistics real estate now, in order to avoid expensive retrofitting or indeed building obsolesce.

Andy Pyle is UK head of real estate at KPMG