At the beginning of this year, Whitbread completed the sale of our coffee shop business Costa Coffee for £3.9bn. 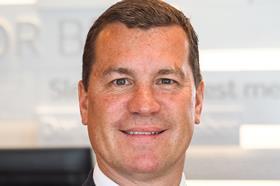 As a result of that, we have redesigned our strategy as an organisation and are now focused on a clear single goal: being the best budget hotel business in the world.

Under our main Premier Inn brand and our design-focused hub by Premier Inn brand, we now have more than 74,000 bedrooms in the UK across nearly 800 hotels. Late last year we also announced a new ‘super-budget’ brand, ZIP by Premier Inn, which made its debut in Cardiff last month with rooms starting at just £19.

But our growth ambitions are such that we want to expand outside the UK too, and we see significant long-term potential for Premier Inn in Germany.

It is a bold aim, but the fundamentals are strong. Germany is geographically much bigger than the UK and it is home to around 16 million more people. This means that the demand for hotel rooms per night is around 25% greater – with most demand coming from domestic short-stay travellers as in the UK.

The branded budget hotel market in Germany is also not as established as it is in the UK; there is no clear market leader, and hotel demand from domestic and international travellers is growing. In the UK, tourism from overseas is very much focused on London and Edinburgh, with most of the demand in other cities coming from UK residents. In contrast, Germany has around 15 major cities that all attract a significant number of international visitors.

In addition, a lot of Germans now go from Munich over to Leipzig and Berlin and Dresden over in the east for holidays and sightseeing: a trend that has really emerged over the past 10 years. So the demand in the market is growing all the time.

These cities are also anchored by strong businesses and the air, rail and road infrastructure is well developed, which means there are a lot of domestic business travellers – a group we already cater for brilliantly in the UK. Premier Inn is excellent at looking after people who are going from Manchester to Bristol for a two-night business trip, for example, and in Germany there is an even higher demand for domestic, functional stays and a trend for repeat bookings.

Although there are many similarities between Germany and the UK, an important difference is that branded hotels in the former are in short supply, with three quarters of the 940,000 hotel rooms in Germany still run by independent operators compared with less than half in the UK. With the exception of a handful of German operators such as Motel One and B&B Hotels, the large international brands have not scaled out significantly yet. 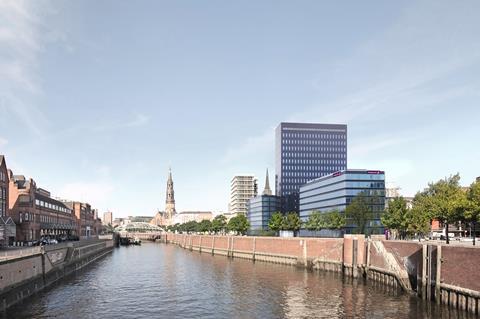 This is because most are based around a franchise model and we see Whitbread’s access to capital, ability to purchase freehold opportunities and sign-up to long leases as a competitive advantage to securing the best sites at a local level.

Proving the business case in Frankfurt

Whitbread first started eyeing up the German market four years ago, and we have been hard at work since. We opened a 210-bedroom Premier Inn hotel close to the main conference centre in Frankfurt in April 2016 to test our product, understand guest feedback on what needs to be different in Germany compared with the UK, and to work out the operational costs of running a Premier Inn hotel in the German market.

Although much of the offer was the same as UK Premier Inn hotels – in terms of a high-quality room and excellent service – we learned about the importance of strong design to German travellers, especially in the communal areas of the hotel. It was also an invaluable opportunity to test our food and beverage offer, including what guests want as part of the Premier Inn breakfast and in the evening.

The Frankfurt Premier Inn ranks consistently as number one out of 276 hotels on TripAdvisor in the city, despite charging less than the rest of the top five

Today, the Frankfurt Premier Inn ranks consistently as number one out of 276 hotels on TripAdvisor in the city, despite charging less than the rest of the top five. A large proportion of the hotel guests are German domestic travellers and to us that shows that people are telling their friends: “This is somewhere that’s great to stay.”

But it is just one hotel. Now, we aim to quickly roll out into other cities to grow our presence in the different markets, which will allow us to promote our hotels to a larger pool of leisure guests and give us the ability to seek accommodation contracts with Germany’s major businesses.

We opened a 200-bedroom hotel in Hamburg (pictured) on 28 February on a great site in the city centre that we acquired freehold and developed in-house, and we will also open two hotels in Munich in June and September. We have acquired new sites organically as well by purchasing a portfolio of 19 hotels, putting the total in our secured pipeline in Germany to 35 hotels and more than 6,000 bedrooms. By the end of 2020, we will have at least 20 hotels open.

Utilising our network planning expertise and local knowledge to grow

While our UK hotel portfolio has evolved over 30 years, we now have the resources to design our perfect network in Germany from scratch. Utilising our network planning expertise, the first rollout will be within the top 25 cities in Germany, and we then have plans to move to the edges of cities and towns. We have mapped out the whole network we want in Germany, and we hope to achieve that growth both organically and through mergers and acquisitions if the opportunity arises. We will buy a mixture of freehold and leased hotels, and the fact that we are investing Whitbread’s own capital in building some of our properties has proved attractive to funders and joint venture partners.

One of the clear lessons from Premier Inn’s success in the UK is the advantages that come with scale. As such, it is really important that we focus our resources and people in Germany in order to scale up the business quickly. We see a real long-term opportunity to become a leading player in Germany – and we are doing everything we can to make the most of it.

If you have an idea or a site to share with us, we would love to hear from you. Our property acquisitions teams will be at Mipim and IHIF during March to discuss our growth plans in the UK and Germany, so if you have a site or want to be involved in our expansion, do get in touch.