How public-private partnerships can ease the housing crisis

GL Hearn brought together a panel of experts to discuss how public-private partnerships can alleviate the housing crisis by increasing housing delivery. The panel discussed the role of partnerships, the current political and economic challenges facing the industry and the value of alternative approaches

Acting alone, the private sector isn’t going to deliver the 300,000 new homes a year that the government believes are needed to alleviate the housing crisis. The public sector also has a key role to play.

But what’s the best approach for local authorities and other public bodies to take? GL Hearn brought together a panel of experts to discussthe role of public-private partnerships in increasing housing delivery. The panel discussed both the potential of partnerships as well as some of the challenges posed by the current political and economic backdrop, and the merits of alternative approaches, particularly council-owned development companies. 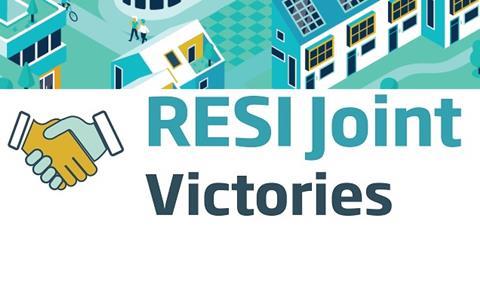 Get involved: tell us about your best public-private partnerships in the new RESI Joint Victories awards

How have public-private partnerships developed and what’s their future role?

BS: These things go through phases. We’re in a post-cuts post-election phase. Post-cuts means local authorities are short of resources, post-election means there is a lot of local authority ambition. The challenge is matching resources to the ambition. It is an interesting time. If you want more housing then the more people you have putting their money on the table and sharing the risk the more will get built; and so public-private partnerships should be the way forward but the ambition of some councils to deliver themselves makes the future less clear.

RE: Two trends spring to mind. Public-private partnerships have become more popular in London more recently than in other places. Because attracting investment is harder and land values are lower, places outside London have arguably been more creative earlier about how to use partnerships to revitalise centres. I think that is changing. The whole change in public finances and the whole scale of the housing challenge are driving that. Local authorities are closer to the realisation that they can’t just leave it to the market – the market is not going to produce the number, range and type of housing they need. They can’t just write a local plan and hope the market will deliver.

JB: I think you‘re right. It’s perhaps easier for a Nottingham or Leicester with one municipal view of the whole ecology of place than in London. There is a question around what is partnership. Is it real partnership or clever contracting? Birmingham is a great example. They’ve put their eggs in their own basket and have their own development company through Birmingham Municipal Housing Trust. 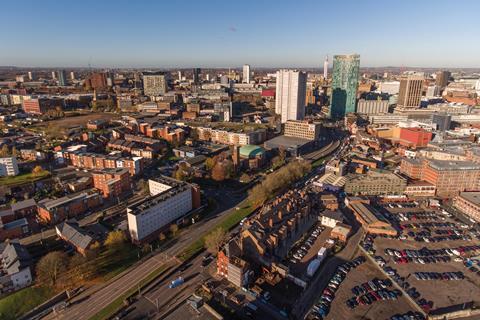 “Birmingham is a great example. They’ve put their eggs in their own basket and have their own development company through Birmingham Municipal Housing Trust”

The extent of their partnering is to have agencies that can enable the development of housing, but there isn’t anyone taking risk alongside them apart from normal contracting risk. It has worked well and they have had substantial amounts of land to work through. But there’s a real challenge coming down the line – where do they go when their land supplies run out?

Is the amount of surplus land public bodies have diminishing and what does that mean for public-private partnerships?

SM: Local authorities aren’t just sitting on mountains of spare land. We’ve got rid of a lot of it or redeveloped it. To give an example, in Barnet I’m building something like 10,000 new homes over the next 10 to 15 years. About 9,500 of them will be on estates – the stuff I’m going to be building on surplus land might come to 400 or 500 homes.

RE: You’re right about council land. The next and quite frankly tricky phase is going to be things like NHS land and land that’s in the state somewhere that’s held by trusts or arms-length organisations. That’s going to be an interesting area because they’re all under pressure but they’re all making independent complex decisions. Just to give one example, there’s an NHS site opposite our King’s Cross development that has been talked about as being semi-surplus since we started in 2001. It’s partly run by one trust and partly occupied by another and there’s a constant debate about how much they need to retain for health uses. It keeps nearly coming to market. My point is it’s been nearly coming to the market for 15 years or more. That’s not a particularly unusual example.

EP: The NHS disposed of the big chunks of their surplus land via the then English Partnership in 2005 years ago so what is left is complex. When working more recently in a London borough on a regeneration project that can deliver housing, health and research facilities the challenge was to work with at least three health organisations spread across multiple sites. But, if you can get through that, the fact that at the end the prize is a brand new hospital is a compelling story. So I do think that despite the complexity, public land remains a promising area on which to identify new housing.

SM: One of the most exciting schemes I’m now involved in is a partnership where the council is bringing hardly any land – but bringing planning and CPO for a developer who wants to buy one of our high streets, and turn the space above shops into housing and consolidate the shops. That to me is the most exciting future for local government to work in partnership with the private sector. It shows developers thinking imaginatively about coming to the public sector. To me that’s really exciting. It’ll be a new way of doing partnerships.

RE: I worry there’s a mistrust of development more broadly. There was a period of time when most people thought that development and regeneration was generally a good thing and good for society’s aims. There is I fear a more cautious view developing now. There are a number of reasons for that – they are many and varied. The affordable housing debate is part of that – there is a view that the industry is not delivering on affordable housing.

BS: It does. There is a feeling that development does not benefit the existing communities. Local communities often struggle to get children into schools, get appointments with their GP and so when new developments are proposed they fear that this will be done without more infrastructure being provided. And they are often right. This obviously influences the political backdrop. We have to change our approach to help make politicians and communities pro-development. Simple ideas like linking the spending of Community Infrastructure Levy income to the area affected by development would be a start but much more is needed.

EP: My experience of recent consultations is that communities and elected members ask: where’s the affordable housing? The quality of the housing we build across London has improved dramatically, but maybe in some cases we’re spending too much on some of the architectural details and some more good, standardised housing typologies would release some money back into the system without compromising the quality of London streets. I’m not having the discussion so much about where’s my new GP surgery or school but it’s always, where’s the affordable housing? A credible and understood affordable housing offer has to be there first and then you can have the conversation about other benefits that development can bring.

How significant a role could council-owned development companies play in increasing housing delivery?

RE: They’re still relatively small in overall output terms. If we are going to hit these numbers that we’re told we’re going to need, we want all these things out there including local authority housing development companies. The one thing I would say about them is that a number of councils went into them thinking development was quite easy, there were huge profits to be made and there’s very little risk. They put it into their financial ledger for two years hence and forward-spent it. And in some cases, they’ve found it isn’t that simple and they’ve relied on money that doesn’t come in. Some of the councils that went through the early waves of it now have a more nuanced position on the risks involved in development.

BS: Timing is everything. Before the last recession a developer said to me ‘you housing associations are not proper developers until you’ve had to survive a recession with exposure to market sales’. You will remember that some needed bailing out when the recession did hit. Council-owned development companies are needed and welcome but we are all looking at the market and thinking some of the indicators don’t look great. If they are entering the market now they will be on a steep learning curve and need to be prepared for a stressful journey. Some will lose their nerve, some will be successful. Only the strong and astute will survive.

JB: I would like to put something on the other side of the ledger. There are some honourable examples where they have been developing for over a decade and they’ve produced 4,000 affordable homes. We’re doing a fair amount of work on local authority development companies and backing research to understand why people get in to it. Some of it is very clear-eyed, like WV Living in Wolverhampton. Where they are in the Black Country the land values are such that private developers aren’t there and yet they have a growing population. It is development that the private sector wouldn’t do. It’s very purposeful. They realise that if they don’t do it, it won’t happen.