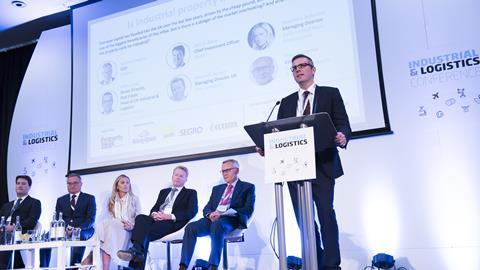 Sponsored by SEGRO, Savills, Verdion, Kingspan, St Modwen and Stenprop, the conference featured some of the sector’s biggest names – and most exciting disruptors – who debated issues such as whether the sector is in a bubble; the impact of ongoing retailer woes; the rise of online retail; the tech revolution; and transport infrastructure challenges.

It was not all work no play, though. On Thursday evening, delegates attended the first Industrial & Logistics Awards gala dinner, sponsored by St Modwen, where five worthy winners, selected by an expert panel of judges, picked up gongs from awards host and comedian Ed Gamble - see all the awards highlights here. 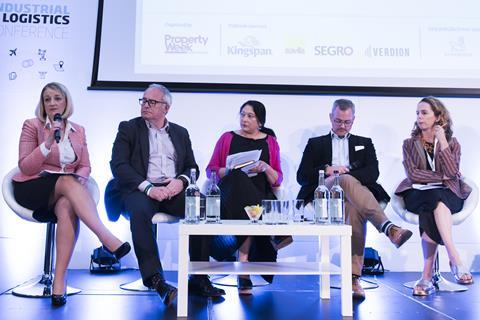 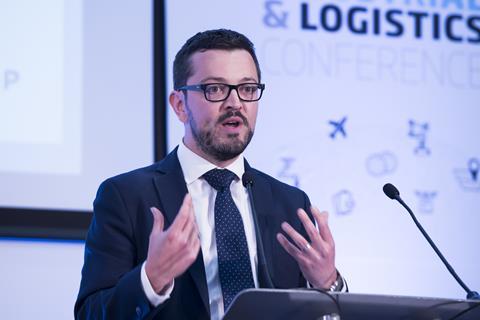 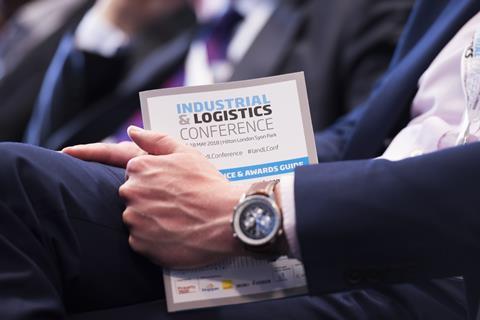 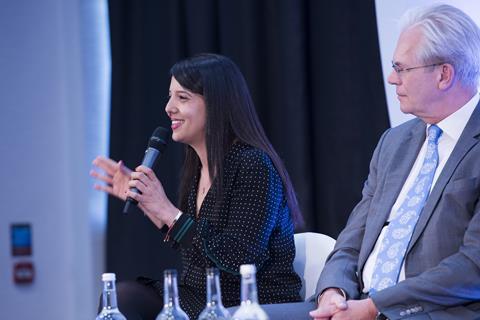 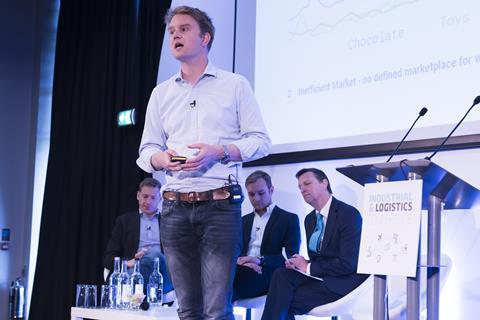 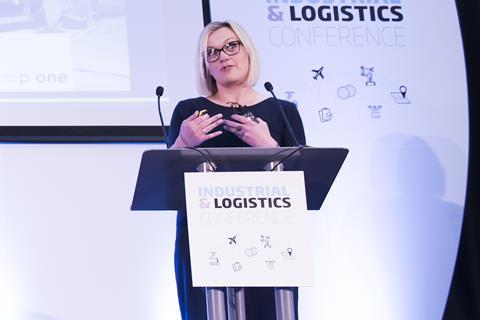 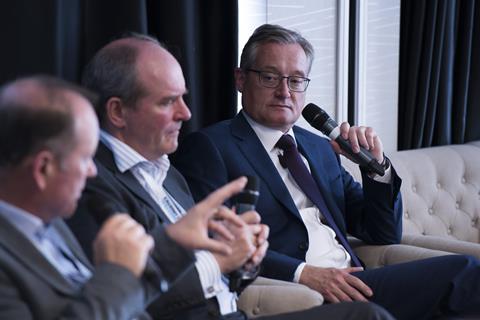 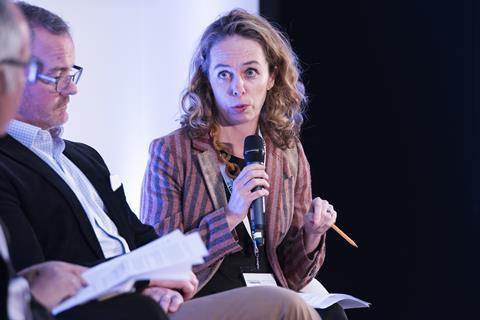 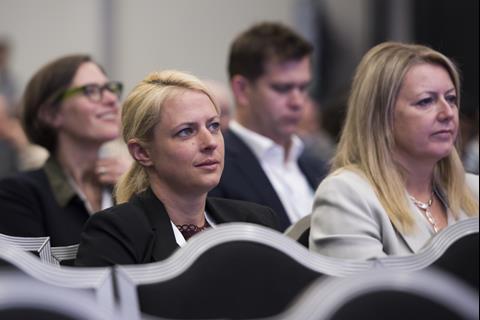 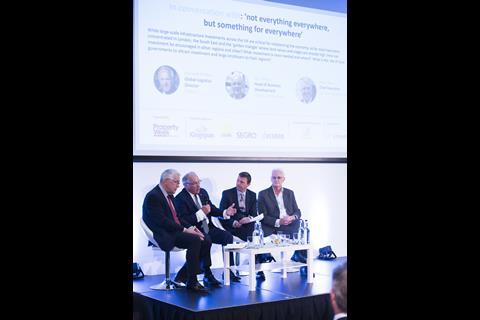 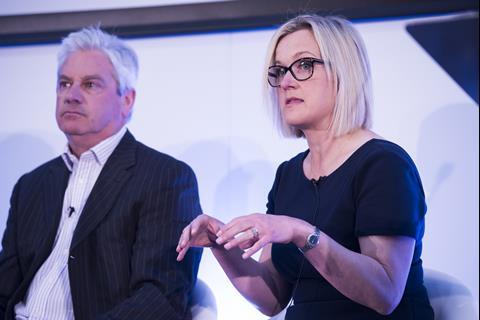 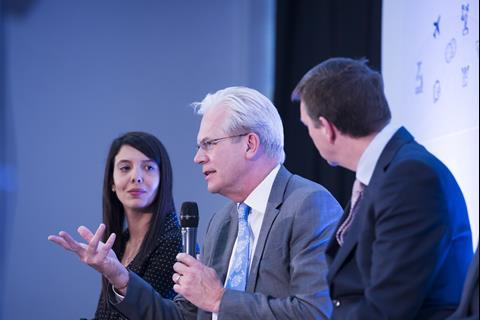 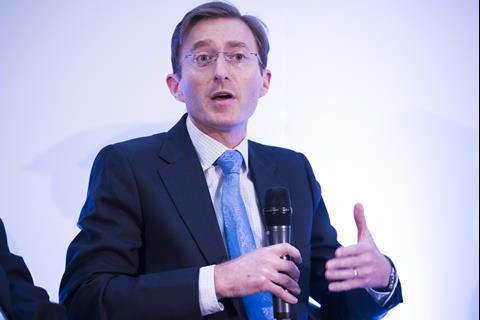 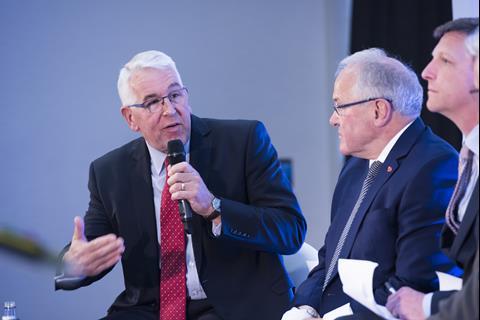 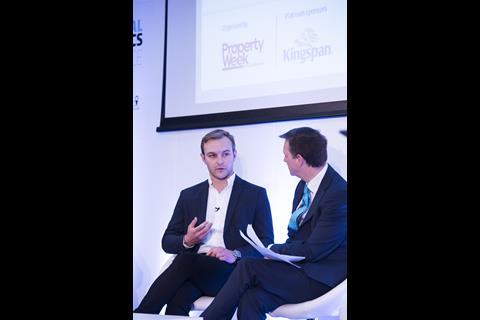 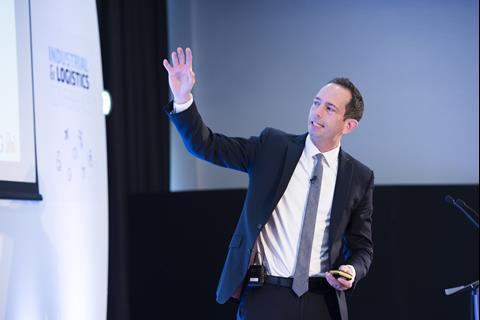 Here Property Week rounds up the key takeaways from the conference and awards:

It has been the big question on everyone’s lips over the past few months and the answer to the question of whether the sector is in a bubble was an emphatic ‘no’.

The expert panel agreed that the sector dynamics and fundamentals driving occupier demand were strong and that the market, while showing signs of heating up in some parts, still had some way to go before it was in bubble territory. Mike Hughes, chief executive of Verdion, noted that there was no comparison with 10 years ago when the market was left with “a lot of vacant generic big boxes and a dearth of demand” during the financial crash.

“Sitting on a panel 10 years ago, we had just been through a very bullish 2006-07 and we had to sit through a very sombre speech from Roger Bootle. While some people put a brave face on it, Tim Wheeler, chief executive of Brixton Estates, may regret the comment ‘I don’t see Armageddon’.

“Are we in a bubble now? The market has never been more different, more diverse, more solid, more resilient in terms of the number of occupiers wanting to take space.”

Ekaterina Avdonina, managing director of Delin Capital Asset Management, added that the European market was poised to see further rental growth. “The occupier story in Europe has been on par with the US story but we have yet to see the benefit of full rental growth in Europe,” she said.

“A lot of places in Europe are still under the peak value in 2006-07 because the rental recovery has not happened in every market. In the UK, while capital values in the South East may be a little peak-ish looking outside there, there are lots of pockets of value.”

She added that the debt market was completely different to 10 years ago, which she said meant developers and investors were in a much better state financially.

Tech innovation was a recurring theme at the conference and on day two, three companies at the heart of a revolution showcased their innovative business models.

First up was Duncan Walker, managing director of Skyports, which was founded this year to provide infrastructure and landing pads for goods-carrying drones in urban locations.

Drone delivery has been talked about for years but was now “very real” and “something we should all be thinking about seriously in the UK”, argued Walker, adding that drone usage would be scaled up to “volume traffic” by 2020.

It was then the turn of Deliveroo property acquisitions manager Patrick Weiss to talk about the new breed of occupier starting to disrupt the smaller end of the market. Weiss noted how the once pure-play operator was now acquiring warehouse space in locations around big cities to kit out with specialist kitchens. He said it hoped to secure 130,000 sq ft of new space this year on top of the 70,000 sq ft it already occupies.

The occupier market is also being disrupted by the first platform of its kind for industrial property: Stowga. Founder Charlie Pool said he aimed to “revolutionise the entire supply chain” with the platform, which matches warehouses that have spare capacity with customers looking to take space on a flexible basis.

“Spare capacity is driven by two things: the unpredictably of knowing how much space you’ll need when you take the lease and the seasonality of the goods that you store in the warehouse,” said Pool.

“Everybody has to buy for peak but at other times there is spare capacity there. That space is value that is waiting to be unlocked.”

He added that the platform had only just begun to tap the market’s full potential.

Delegates attending the panel debate on last-mile delivery heard how retailers were continually looking at new technologies and services to improve delivery speed and efficiency. Examples cited by the expert panel included: Amazon’s Treasure Truck; the Moby Market, a mobile convenience store currently being trialled in Shanghai; a takeaway delivery robot being trialled in Milton Keynes; and Ring, a video door knock that allows you to let a third party into your house from a mobile phone.

“Why can’t you have mobile shops?” said David Kozack, head of real estate at Ocado. “If you know what customers want, you can have mobile hubs that effectively move around that are delivery vehicles. What you are trying to do is minimise the number of journeys, take vehicles off roads and replace them with one delivery van.”

Sally Duggleby, head of industrial and logistics occupier services at Savills, added that the number of consolidation centres was also growing. “You are seeing an increased trend in the City of London planning department including offsite consolidation centres as a condition with new large office blocks.”

Each rail freight train has the potential to take an average 76 lorries off the congested road network and in turn cut carbon dioxide emissions by up to 76% – while also producing 15 times less nitrogen oxide and 10 times less small particle matter.

Yet rail freight has yet to take off in a meaningful way in the UK. The question posed during a breakout session on Transport Infrastructure, chaired by Property Week news content editor, Richard Williams, was: why?

The consensus on the panel was that there were too many challenges to working with current transport infrastructure, a point echoed by the audience via Slido, 58% of whom cited it as the primary reason rail freight had not taken off.

The panel went a step further and stated that Network Rail was the biggest problem. “A huge impediment for the industry is the ghastly experience of working with the party that controls the infrastructure of the railways in terms of time, cost and process,” said Mike Hughes, chief executive of Verdion, pulling no punches.

“The landscape isn’t the same as before. Industrial developers are moving into realms they wouldn’t have thought possible” - CEO, Michael Hughes @IandLConference @PropertyWeek #IandlConf #Industrial #development

David Legge, co-founder of Legge Consulting and former executive director at DB Schenker, agreed. “Network Rail has a penalty-based contract with its operators that whenever anything goes wrong they seek damages,” he said. “There is a lot of infrastructure out there that can be made available and there are a lot of industrial sites out there that are rail-connected, but until that’s stopped we will always struggle to get open access on the network.”

Oliver Treneman, park development director at DP World London Gateway, suggested that the economics of rail freight were another barrier for the industry. “For the majority of rail hubs parallel to London, you have to be delivering to north of Birmingham to see a viable commercial return,” he noted. “It’s clearly sustainable, good for the environment and economically attractive when you have at least 125 miles on your journey.”

Multi-lets set to be best performer

Investment in the multi-let subsector has been huge in recent years, with institutional money piling in and a number of specialised REITs being formed. That is not likely to change, heard delegates attending the session on multi-let sheds.

Via Slido, more than 40% of those who attended the session said they thought multi-lets would be the best-performing industrial subsector over the next two years.

Steven Sharman, research partner at Gerald Eve, said the “gentrification” of multi-let occupiers was driving the performance of the sector and that retail and logistic companies had become the dominant type of occupier over the past 10 years.

“The occupier base tends to be weighted towards the retail, logistics and manufacturing sectors,” he said, citing in-house research. “Collectively with trade counters, retail and logistics accounts for 43% of occupiers, followed by manufacturing at 27%.

“What this market has in addition to that are the layers of additional small- to medium-sized occupiers from a range of different sectors, the diversity of which will potentially hold the estates in good stead going forward.”

He added that demand from “non-traditional” multi-let occupiers such as leisure-type companies was also driving the market.

Multi-let was also at the forefront of technological innovation. Julian Carey, Stenprop’s property director, said 3D printing would have the biggest impact on the occupiers of multi-let estates and in turn the strength of the sector.

“For me, 3D printing is the standout for multi-lets,” he said. “The cost of producing one thing is potentially the same as producing a million things and that opens up an enormous amount of opportunity.”

Mind the skills and labour gap

With Brexit just round the corner, the skills gap and availability of labour in an already labour-challenged market was the subject of the session chaired by Property Week editor Liz Hamson.

The consensus on the panel was that the introduction of new technology could attract more people into the sector as it would require workforces to be upskilled. They added that there was a need to target new groups of potential workers, such as young mothers.

However, the panel identified training and retention as the factors most likely to make the most difference to occupiers, while the audience put these at the bottom of the list when asked via a Slido poll.

Topping their list was automation and robotics, which 55% said would make the most difference. As with all the sessions, the debate provided plenty of food for thought.