Need to know: The 5 key decisions for the next London mayor

Whoever wins the fight to be the new mayor of London next week will face key decisions – not least with regard to the housing crisis.

London’s next mayor may have just enjoyed the backing of the city’s residents when he takes his seat in City Hall next week, but he won’t be able to avoid controversy for long.

Two called-in schemes will be waiting for him and a decision to either give the go-ahead or refuse permission will prompt the ire of losing parties.

The £800m, multi-tower development on the City’s northern fringe has been controversial from the start, attracting the opprobrium of both Hackney and Tower Hamlets councils, as well as local groups worried about the impact on Shoreditch. 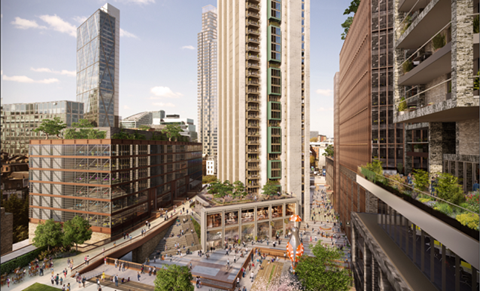 If Boris Johnson’s successor decides to give the project the green light, many local politicians, residents and businesses will be furious. If he throws it out, swathes of the property industry and wider business community will be up in arms and worry that the new mayor is anti-development.

A similar opportunity to rub people up the wrong way can be found at Wimbledon greyhound track.

The redevelopment of the area gained planning permission in December last year, but Johnson called it in in March, citing “the scale and nature of public representations received, which raise valid strategic planning matters… including significant issues of controversy”.

According to Johnson’s chief of staff and deputy mayor for planning Sir Edward Lister, the most important item for the new mayor is the review of the London Plan, which pulls together strategies dealing with housing, transport, economic development and the environment.

The first London Plan was published in 2004 by then mayor Ken Livingstone and was replaced by Johnson in 2011 (the most recent amendments were made last year).

GLA officials are working on the assumption the new mayor will want to produce a new plan representing his strategic priorities. Preparing the plan takes “an enormous amount of resource”, according to Lister.

However, he says much of the grunt work is already under way or completed, adding: “What’s needed now is the direction of travel from the new mayor.”

Without doubt the most important transport project requiring the new mayor’s attention is Crossrail 2.

While the decision to proceed with planning for the £27bn-£32bn project has already been taken – chancellor George Osborne announced a further £80m to support the planning and design phase in the Budget – the detail of the route and, critically, how it is going to be paid for are high up the City Hall agenda.

A visualisation of the new Crossrail trains

The funding decision could have serious implications for developers. The current Community Infrastructure Levy (CIL) regime taxes development across the country. But in London, there is an additional mayor’s CIL, which aims to raise up to £600m towards the cost of the first Crossrail project, due to start operating in 2018.

As the mayor starts trying to work out where to nd up to £32bn for Crossrail 2, the mayor’s CIL, or a similar land or development tax, may be too tempting to resist.

“These days the government appears to want a slice of land values – land values that only come about where the development industry takes the risk in the short term,” says Alistair Watson, partner at Taylor Wessing.

4) Flying into a storm over airports

The decision on how to accommodate greater airport capacity in the South East of England is ultimately one for central government.

However, the next London mayor’s input will be important, and his role in implementing the decision is difficult to overstate.

The debate is expected to come to a head in June after the EU referendum, or possibly in October after the summer break if the government gets bogged down in other matters.

The issues that will flow from a nod for either Heathrow or Gatwick will be many and varied – and will need to be prioritised by the London mayor once the outcome is known.

Existing and new transport and other infrastructure will all need to be promoted, adopted or adapted in order to facilitate a new runway in either location and “will test the GLA and TfL’s spatial planning and transport boffins”, according to Watson.

Ultimately, it is the job of the London Plan to address housing need, but drawing up the plan requires numerous decisions – some big-picture, some granular in the extreme.

First, there is the government’s ‘starter homes’ policy to contend with. “It has all sorts of consequences,” says Lister.

“The GLA will have to put out some sort of guidance.” The nascent PRS sector is also high on the agenda. 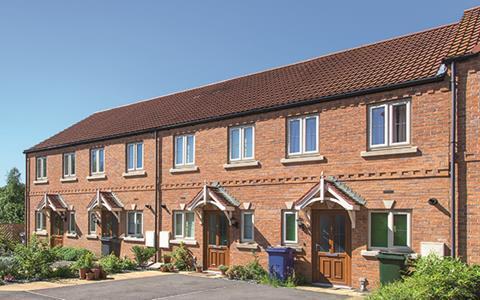 According to one source, the GLA already expects larger schemes to incorporate elements of PRS and some are hoping to push the new mayor further.

“You can imagine a world where, if the new mayor doesn’t get what he wants with housing developments over a certain size, he would simply call it in,” says the source.

Then there are the debates over the green belt, speeding up the release of land identified by the London Land Commission and holding boroughs to account on missed targets.

Suffice to say, all the mayor’s decisionmaking skills will be put to the test.