With prices continuing to escalate in certain cities around the world, BDO’s international real estate team has assessed where the industry is right now, and what opportunities investors should be considering globally. 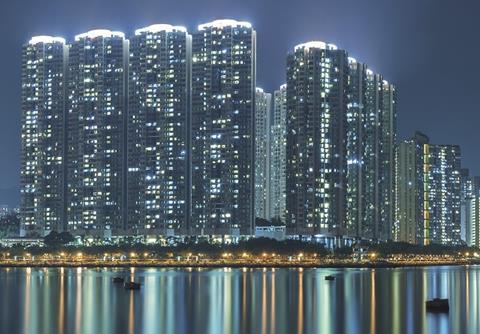 The next year is set to be a time of uncertainty for the global real estate market, with the slowing Chinese economy and the rise in US interest rates playing a major role in that hesitation. However, while these two factors have placed a drag on the global market, there are opportunities for those looking to capitalise on more non-traditional property assets such as healthcare facilities, pubs and the private rental sector (PRS).

It is on the residential note that we kick off, with a look at the impact that stamp duty land tax (SDLT) changes will have on the UK’s residential market. Solly Benaim, global head of real estate and construction at BDO, believes that the UK government’s decision to slap 12% SDLT on homes sold for more than £1.5m has already led to a slowdown in sales of luxury homes, particularly in London. That said, there is perhaps a more headline-worthy tax: the 3% increase in SDLT on buy-to-let properties, set to come into force next month.

This tax increase is likely to further dampen the UK property market. Of particular concern is London, where a significant amount of property has been bought up by overseas investors. Should some of this stock be released to the market at reduced rates, it could represent significant opportunities for corporate investors, who in soon-to-be-confirmed legislation (at the time of writing) may be exempt from the additional 3% SDLT charge.

Ed Goodworth, head of residential development at BDO UK, believes this could lead to the advent of residential REITs in the UK, which are already common across North America and Asia-Pacific. However, for these investment vehicles to really take off in the UK, we will need to see a relaxation of the REIT rules regarding the churn of properties.

Elsewhere around the world, REITs, in both the residential and commercial sectors, are enjoying something of a renaissance. While the mature REIT markets in the US and Europe continue to attract attention, the tax-efficient propco is also growing in popularity across the globe.

BDO’s Annual A-REIT survey, which ranks the highest-performing REITs in Australia, demonstrated a new hunger for non-traditional assets (NTAs) such as pubs, healthcare and educational facilities. The same trend is gathering pace across the Asia-Pacific region.

In India, for example, BDO has found its workload in NTA transactions is on the up, with affordable or low-cost homes and industrial warehousing parks making a particularly strong showing. These markets are expected to be key growth areas in 2016, as a burgeoning Indian middle class look for high-yielding investments and politicians bring a renewed focus to infrastructure and construction. The Chinese slowdown is making building materials much cheaper, thereby reducing construction costs, which will benefit the region. The fact that India is working up plans for a regulatory body for the real estate industry, something it has lacked up until now, should also increase investor confidence in the local market. 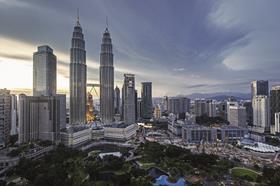 Non-traditional property assets are more appealing than ever

However, the watchword in Asia, as it is in many other markets around the globe, is ‘caution’. There are certainly areas of opportunity in the region, and despite challenges from the west (US) and the east (China) in the coming 12 months, Asia has a sound long-term outlook. Malaysia, for example, ranks within the top 20 countries globally in terms of ease of doing business according to the World Bank, so, like India, it is becoming a more attractive market.

Thanks to the country’s My Second Home (MM2H) scheme, foreign investors are now accumulating residential portfolios in desirable areas of Kuala Lumpur and Penang. Opening up their key markets to overseas investors in this way is sure to create something of a rush for prize assets.

Where China may be stepping back from international real estate investment, there are other nations looking to expand their horizons, meaning there is no shortage of cash looking for a home in the sector. With the recent relaxation of sanctions against Iran, it has been reported there is around $5bn (£3.5bn) of Iranian money to be spent on real estate in prime, safe markets across Europe, Asia and the US.

Pension funds from nations such as Australia and Canada are also invested more heavily overseas, while there are a number of huge funds from Taiwan, Malaysia and Singapore hungry for solid investments overseas. With Japan clambering out of its decade-long economic mire, there are plenty of investors from many different nations willing to fill the gap left behind by the Chinese.

Some non-traditional property sectors are moving further up the agenda across Asia-Pacific, Europe and the Americas. Indeed, PRS is definitely a traditional sector in a number of countries following its growth in recent years. The same can be said of student accommodation in the UK, and healthcare facilities in mainland Europe and the US.

Whether it be through investment in healthcare facilities catering to an ageing world population, PRS or low-cost accommodation, investment into real estate that is not commercial or residential appears to be on the rise globally.

It is in these sectors where BDO, which advises hundreds of groups looking to make such cross-border investments, sees significant development during 2016 and beyond wherever you are in the world.

This article is sponsored by BDO: