Garden Bridge - a bridge too far

The residents of Pooley Bridge know what a bridge is for.  When their one was destroyed by Storm Desmond, the community was literally divided. 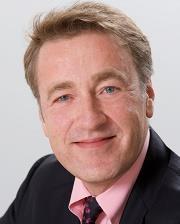 People could not cross the River Eamont to access essential services without taking a time-consuming and arduous detour.  Local businesses lost valuable trade.  Getting it replaced was not a question of cost, it was absolutely essential.

Let’s now turn to the proposed Garden Bridge across the Thames.  It seems certain that it is not going to be built and it has also divided the community, but not in quite the same way.  The fundamental problem is that it is not as essential as the bridge in the Lake District.  It would stretch from Temple underground station to the South Bank, but there are quite a few means of crossing the Thames close-by.  It would also be a footbridge, so not much use if you are driving.

If a bridge isn’t essential, the hurdles become higher.  In procurement terms, it is like being two nil down at half-time.  The microscope will be close focussed on cost: how much and who is going to pay?  That is the problem which those supporting the construction of the Garden Bridge have faced.

With no certainty over private funding, with the real prospect that costs might escalate (as they very often do), with so much scrutiny on the use of public money, not to mention the costs of maintaining such an unusual structure if completed, it seems hardly surprising that the London Mayor has withdrawn support.

Perhaps Sadiq Khan was also thinking about former mayor Boris Johnson’s Emirates Air-Line and the criticism which that project has attracted.  It has been labelled a “white elephant”.  Calling the Garden Bridge a “green elephant” would be an easy headline, and one which the mayor would want to avoid.

It is a shame in many ways.  What would be better than to stroll along a garden spanning the Thames on a glorious summer’s day?  However, there lies the problem, because to commit public money  to a project, something more is usually needed:  something like those residents of Pooley Bridge needed and eventually received.