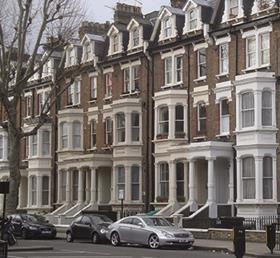 Since the global financial crisis in 2008, it is true that many property companies have been kept alive because their lenders chose to “extend and pretend”, whereas in previous recessions they would have been active in liquidating companies and fire-selling assets. It was the low-interest-rate environment that enabled them to do this.

The motivation was entirely about preservation of their balance sheets and had nothing to do with any altruistic motives of keeping any long-established names going. Look what happened to Warner Estate Holdings, a once-proud family company.

But this is not about healthy companies being forced out of business now.

Those companies that had the means and the management to survive have done so, nursed back to health.

Where the management was there but the means were not, you will often find the management is now successfully operating elsewhere. Not only that, but, contrary to some expectations, the continued and apparent inexorable rise in London property prices meant that many companies that were in deep trouble have kept going because rising values bailed them out.

Outside London the story is different, however, and there are doubtless schemes aplenty that sit unstarted or part developed and will stay that way at least until the renewal of bank lending in commercial property (already giving the Bank of England some concerns) once again accelerates to the point where risk is being discounted.

Some companies, even those that went in late, were diverse enough to survive. The roll call of the victims still makes sad reading but those are the ones that were not the living dead but in a state of passive unconsciousness.