If the City of London Corporation is currently considering including “external consolidation centres as a requirement for future planning applications”, I wonder if this might be easier said than done. 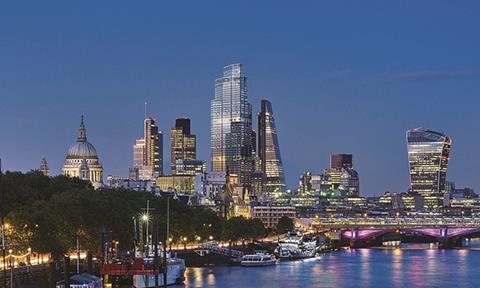 22 Bishopsgate was granted permission on the condition that construction deliveries go through an off-site consolidation centre -Source: Lipton Rogers

While I would not disagree that such a policy could see the rise of a new subsector within London’s industrial market, the availability of suitable properties is already tight and thought needs to be given regarding where these centres would be located.

If the City does push for the provision of consolidation centres, it is highly likely that it would lead to a further increase in the number of occupiers searching for industrial stock across the river in south London, which is already seeing unprecedented demand for industrial and distribution space.

The area’s proximity to the City and other central London locations, combined with competitive rents, has already attracted operators such as DHL, which took 57,000 sq ft in Bermondsey in 2014.

However, the market is becoming more and more competitive - a situation exacerbated in recent years by the loss of industrial land to residential redevelopment, particularly in the Nine Elms area.

The ongoing transformation of south London, from an industrial-based economy to one with a focus on services and creative businesses, is already affecting the area’s traditional industrial occupiers, which are often having to look further south to find suitable premises.

If the City of London Corporation is to adopt this policy, then it should be aware that while reducing congestion in the Square Mile is a noble cause, it may not be so easy to achieve if it is reliant on the availability of nearby industrial units.