Can it be almost six months since Property Week was shining a light into the murky corners of the residential market and daring to talk about ‘dirty money’ and London’s unenviable record as the money laundering capital of the world (23.10.15)? 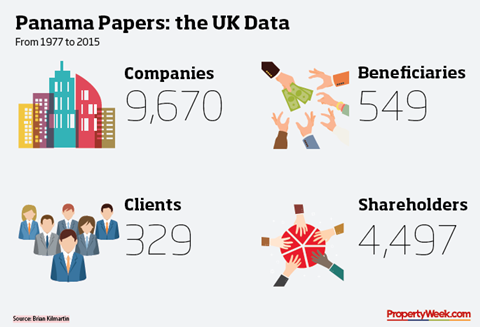 The prime minister, in a speech in Singapore last summer, promised action, while back in the UK, well-meaning hands have been wrung about just who ought to police the market. Agents were fingered in a hard-hitting Channel 4 film, lawyers and bankers have hunkered down and yet the contents of the leaked Panama Papers are an uncomfortable reminder of just how opaque some ownerships are.

England, and London in particular, has property laws that are the envy of the world. They have been copied countless times and are the foundation of the extraordinary values being achieved, and we must guard them jealously. Property laws enable people to buy and sell, to rent and redevelop and to occupy in confidence, knowing you own what you think you own and that it is unlikely to be taken away at the barrel of a gun. London professionals are in demand and can confidently command their fees in this arena because our laws are understood and accepted.

However, last year, just 355 Suspicious Activity Reports were reported to the National Crime Agency, from more than five million potential contacts. Agents, lawyers, accountants and bankers have all got to try a lot harder. The Panama Papers are a wake-up call for everyone. The bad guys don’t play by Queensberry Rules and it’s naive of us to do so. We need leadership and we need professional bodies such as the RICS to stand up and be counted.