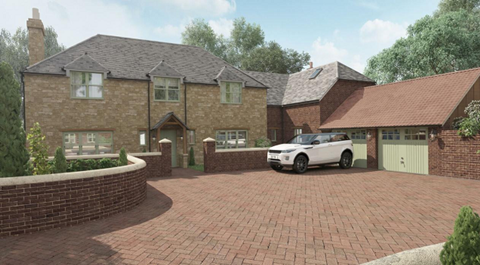 Once completed, the scheme on Towcester Road in the Hill Farm area of Northampton will consist of 56 detached houses, 78 semi-detached houses and five two-bedroom apartments

BHH founder Barry Howard said: “This is one of the fastest-growing regions in the UK, so we know there is avid demand for new housing, as evidenced by the fact that we have already secured a sale of 83 units from Heylo. With OakNorth’s support, we will be able to bring some much-needed new homes to the region and look forward to working with the team on additional transactions in the future.”

Hemesh Patel, property finance director at OakNorth, added: “Northampton is amongst the fastest moving property markets in the UK with average homes going under offer in 27 days after being listed - 20 days quicker than the UK average. Barry has extensive knowledge of the sector and has successfully completed a number of large-scale residential projects in the past. The fact that a large portion of the units have already attracted interest from Heylo demonstrates that Barry and his team are very aware of market demand and how to meet it.

OakNorth secured a £154m investment in October last year and unveiled plans to lend a further £1.5bn to UK businesses over the next 12 months. Last week, the challenger bank provided a £15.3m loan to Coronado to develop a luxury residential development in the centre of Wimbledon Village.