At the end of December, my ‘tour’ as chair of the Government Property Agency (GPA) comes to an end. It seems like a good time, therefore, to reflect on why we were established in the first place, what we have achieved and what more remains to be done. 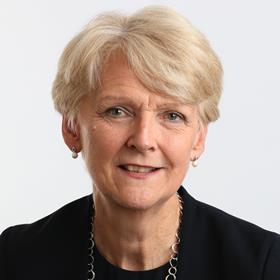 I am sure many of you will remember when the now-defunct Government Property Unit was established 10 years ago under John McCready with the objective of improving the efficiency of the way the government estate was occupied, managed and disposed of. Since then, huge progress has been made in reducing and rationalising the estate – to the extent of some 30% of property holdings.

But it is not just the desire for space reduction that has driven a changing approach to government property. Over the last decade, there has been a growing realisation that civil servants, just as much as private sector employees, need a decent, fit-for-purpose place to work. Indeed, in the war for talent, it is no good expecting young graduates to work in clapped-out old buildings with leaky roofs and poor IT (which was incidentally my experience many years ago, not to mention the populations of bats).

The civil service has also been in the vanguard of those promoting ‘smart working’ – with a choice of working environments in the office, flexible hours, conference calls instead of wasteful face-to-face meetings and dispersal out of London. This has led to the need for a revolution in the way government accommodation is provided.

There are two key initiatives that have driven the change.

The first is the creation of regional hubs – centres where civil servants from different departments have been brought together in new flexible accommodation with excellent IT, which allows for the vacation of a whole host of disparate and poor-condition offices and avoids individual departments getting locked into long leases they might not need.

The second initiative, known in the beginning as the New Property Model, involved establishing a ‘central body’ that would gradually take over the ownership and management of all civil service non-specialist accommodation, principally offices in the first stages but also eventually sheds and warehousing. 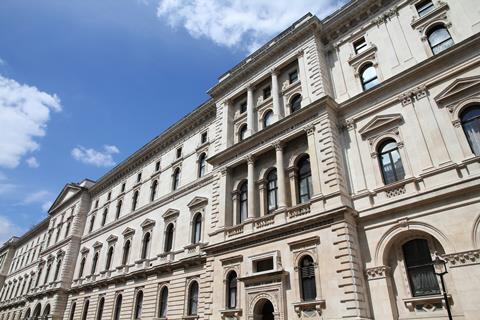 The central management of this space would allow for the accommodation of moves as required, the consolidation of units of government into available space and the disposal of unwanted freeholds and leases. And when put together with the Hubs programme, it would provide for the creation of the truly modern estate needed to support today’s civil service.

It was this ‘central body’ that transformed into the GPA, formally created on 1 April 2018, although planning had actually started in earnest in January 2016 when I first became involved. And the Hubs programme was subsumed into the embryonic GPA during 2017.

As of today, the GPA is supporting more than 100 clients, controlling in excess of 90 assets and providing property services to eight government departments with a steady stream of further ‘onboarding’ planned for the next three years.

It has supported the setting up of 13 Hubs by HMRC, which had an urgent need to deal with the imminent end of the Mapeley Steps PFI. It has established two hubs of its own at 10 South Colonnade in Canary Wharf and at Windsor House in Victoria Street. It is well advanced in the development of a programme of future hubs with the first two of these already launched in Peterborough and Birmingham.

And it has drawn up detailed plans for the rationalisation of the central government/Whitehall estate to achieve the long-term objective of reducing this to just 20 core buildings by 2030.

In addition, the GPA is overseeing the implementation of the Smarter Working initiative across government with the objective of providing a more flexible working environment and better work-life balance for all civil servants. It is the aim to have extended this across the whole civil service by 2022.

I think I am justified in being proud of this achievement although I cannot claim more than a small part of the credit: the hard work has been done by our three successive chief executives and their team of enthusiastic staff, a mixture of career civil servants and property professionals drawn from the private sector. And there is still a lot to do – more onboarding, more hubs and even smarter ways of working, all made possible by what I believe can justifiably be called a government property revolution. We’ve come a long way since the leaky roofs and the bats!

Liz Peace is chair of the GPA