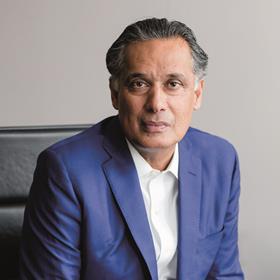 Across the private equity real estate fundraising market, and indeed financial markets more broadly, investors are either pausing for thought or actively shying away from Europe, as this new dynamic plays out. Realistically, it is also likely that a number of large institutional players will sell down their assets as a direct consequence of the liability-driven investment debacle or due to redemption calls.

However, it’s important to recognise that the very nature of the market is cyclical. The commercial real estate sector has long had a turbulent history, at least over the most recent past. Periods of sharp and dramatic appreciation in capital values have often been followed by periods of considerable decline in the short term. But by looking back at past cycles, history tells us that the industry always recovers – or, better still, remodels itself – in the long term and largely for the better.

Looking back at the 1980s, this was a time when commercial construction soared but inevitably led to an enormous oversupply of commercial space and created serious financial problems for many investors. Following the early 1990s recession, property values only recovered to within 15% of pre-crash levels after five years – again causing a long, painful period for investors.

Equally, the commercial real estate market was heavily affected by the global financial crisis, with the overall value of assets falling almost 27% in 2008. These were indeed scary times. In each case, the winners reacted by diversifying, taking a strategic approach and holding their nerve until the economy fell back into shape.

We are experiencing several headwinds right now. There’s no question about it. Inflation has proved stubborn, leaving the Bank of England little choice but to hike interest rates for the eighth time since last December, in the biggest rise since 1989. The energy crisis is curtailing the ability of consumers and corporates to spend. Economic growth is weakening.

Yet despite the current economic downturn, there are still many opportunities – just look at the remarkable strides in the life sciences and logistics sectors, the increasing diversified portfolios in regional spaces and the return to the office.

Commercial real estate isn’t a one-size-fits-all investment and many investors have managed to weather several economic downturns by focusing on the right assets during difficult times. Some of the best investments made during my career have been at the bottom of the cycle.

We can’t predict exactly when today’s headwinds will eventually subside as they have in the past. But history shows that investors who adapt and hold their nerve are likely to end up with a better long-run outcome. So, instead of focusing on the negatives, use your time where necessary in pivoting the business or identifying the opportunities that the downturn, and eventual recovery, will create.