Interview with Johnny Ronan: ‘We must build high and stop the sprawl’

When Johnny Ronan speaks, you sit up and listen – not just because he rarely talks to the media but also because what he says is almost always revealing and controversial. 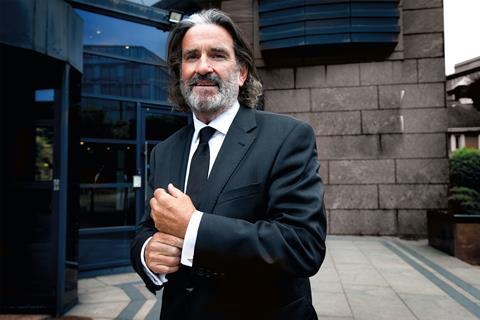 Earlier this year, Ronan took out a series of advertisements in Irish newspapers criticising Dublin City Council’s reluctance to allow developers such as Ronan Group to build tall towers in the city.

Property Week caught up with Ronan to find out why he resorted to such tactics, why he is such a fan of urban densification and what projects he is working on at the moment.

In 2017, you told Property Week you were looking for a project as big as Battersea Power Station. Is that the 450,000 sq ft Waterfront South Central scheme in Dublin’s Docklands?

Waterfront South Central certainly fits that bill, but we are also looking for a landmark project in London.

Why is it so important for Dublin to have high-rise buildings such as your proposed 22-storey Aqua Vetro tower and 44-storey tower at Waterfront South Central?

Because they are beautiful buildings and Dublin has very few fine, modern structures other than the late Kevin Roche’s award-winning Convention Centre in Spencer Dock.

Urban densification is also something that, as a capital city, we have for too long neglected and must embrace. Tall buildings – in appropriate locations – are a key part of that and the social, economic, planning and environmental business case for height is irrefutable.

The alternative is more of the same – unsustainable urban sprawl, long commutes and a stunted Docklands blighted by mediocrity. Is that a legacy for anyone to be proud of?

“Urban densification is something we have for too long neglected and must embrace. The social, economic, planning and environmental business case for height is irrefutable”

We must also be extremely mindful of our changing demographics. Ireland has the youngest population in Europe.

The population is forecast to increase by almost one million people to 5.75 million by 2040. Most of that new population will be in the 25 to 39 age bracket and the majority will live in Dublin. To not make better use of brownfield sites in or close to the city centre would be highly damaging and highly irresponsible.

How has your vision for Waterfront South Central and the 44-storey ‘Hanging Gardens’ tower evolved?

The brief for the design team was to scour the globe to find signature buildings embodying world-class design and sustainability from which to draw inspiration for an exemplar development for Dublin.

Our number-one objective is for Waterfront to be the most sustainable scheme ever delivered in Ireland, one that looks beyond current guidelines to be compliant with where we anticipate building regs on energy performance will be in 2030 or 2040.

Why do you want to build something twice the height of the next tallest building?

This is the last remaining undeveloped site fronting on to the River Liffey, at the widest part of the river as it flows into the Irish sea. It is primed for a landmark tall building. It will not cause any offence, visually, either to adjoining properties or to Dublin’s Georgian core.

The Docklands are a strategic location in the city well served by high-quality public transport and in close proximity to the city centre. The densities and heights in this location should be reflective of its strategic importance.

The fact that 44 storeys is twice as tall as the next highest building really only tells us one thing – that while in many respects we are a modern and progressive world city, in urban landscape and city skyline terms we remain, to our detriment, behind the curve.

What was the thinking behind the newspaper ads?

The ads were intended to inform, to educate and, ultimately, to stimulate a sensible discussion with all interested parties.

In the case of Spencer Place, our hope was that Dublin City Council would come to see the folly of its intransigence. Regrettably, as a country, we’ve paid far too high a price for its continued disregard of the minister’s published height guidelines in the loss of 1,000 jobs.

The ads more generally were about sharing a vision and an ambition for what our capital city has the potential to be.

“We need to stop the urban sprawl. It is negatively affecting the quality of life of thousands of residents and workers who are forced to endure lengthy commutes and suffer chronic traffic congestion”

We need to stop the urban sprawl. It is a grave threat to Dublin’s continued ability to attract foreign direct investment at scale and is negatively affecting the quality of life of thousands of residents and workers who are forced to endure lengthy commutes and suffer chronic traffic congestion.

The solution, clearly, is to embrace height and density in appropriate locations with great public transport links where we can create exciting live-work-play destinations.

Spencer Dock and Waterfront South Central in Dublin’s Docklands are perfect examples. It is imperative we use the space wisely, by building higher, and stop the sprawl.

This is also the best way to help protect and preserve Dublin’s beautiful Georgian core. Prime sites are scarce. Embracing height and density, where appropriate, reduces pressure on space in the city centre. 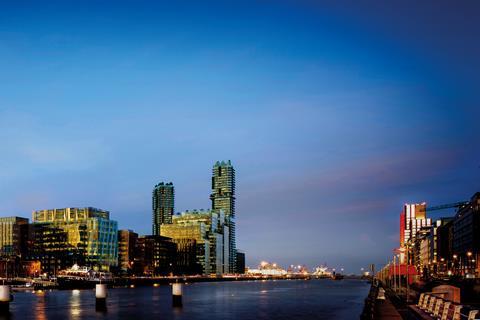 You plan to include 1,000 apartments in an area that has a large amount of commercial space. Will there be sufficient demand?

There is huge demand. The two go hand in hand. People need to have housing near their jobs, and people increasingly want to live in the city centre. The office space will provide for 6,000 people including thousands of newly created roles.

Having the apartments within the development, which also has excellent public transport links, will drastically reduce the dependency on cars. We’re looking to enable business growth and job creation without increasing emissions or adding to traffic congestion. This is what sustainable living looks like.

What do you make of the council’s resistance to building upwards?

We have been hoping all along that common sense would prevail here. The council accepts that Spencer Place – and the Docklands more generally – is a location suitable for greater building heights. Its own review has said as much, yet it failed to provide for any meaningful uplift in height.

This approach will simply not achieve the sustainable development objectives of National Planning Policy and, in our view, represents a huge loss of opportunity for Dublin, which Dublin City Council will have presided over.

“It creates uncertainty. Uncertainty inhibits investment. Who would welcome that?”

The fundamental difficulties and uncertainty created by the divergence of government policy on height and density from the continued resistance to and delay in implementing these government policies by Dublin City Council is unhelpful, to say the least, and will ultimately affect the plans of existing and prospective investors to invest in Dublin.

That creates uncertainty. Uncertainty inhibits investment. Who would welcome that?

How confident are you that the 44-storey element of Waterfront South Central will get the green light?

Our research, including a poll by Red C, showed 87% of Dublin residents would welcome taller buildings. The minister for housing has provided for it. It’s rare that government policy, public opinion and commercial opportunity align as perfectly as this.

It requires great restraint for me to keep my language diplomatic when discussing Dublin City Council’s role. But it still has the chance to do the right thing here and we remain optimistic.

What will make Hanging Gardens stand out from other new buildings in Dublin beyond its height?

This will be a beautifully designed, sustainable and energy-efficient building with fantastic planting and garden spaces. It is truly world class and will stand out, not just in a Dublin context, but in an international context.

Don’t you think skyscrapers could have a detrimental effect on the city’s heritage?

These are not skyscrapers when judged against the building heights in any of the great, global cities. These buildings in Docklands will not affect the historic core. They will, in fact, complement our beautiful buildings and Georgian squares.

Let’s not forget that those structures were envisioned, financed and built by developers. London – and in particular the City – shows us that bold and iconic modern architecture, including skyscrapers, can exist cheek by jowl with the finest heritage buildings and the result is an enriched urban fabric to be enjoyed and celebrated. 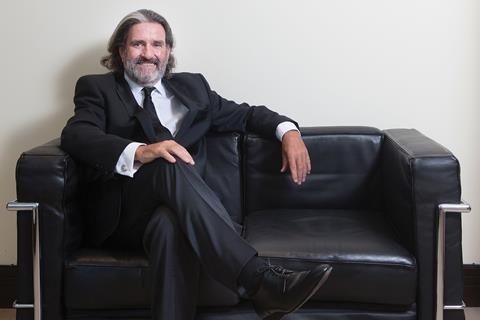 Johnny Ronan: “We need to stop the urban sprawl and embrace height and density”

How long before other developers follow suit and build upwards?

It’s less a matter of other developers following suit than a matter of the planning authorities doing the right thing. There are very few suitable sites left.

What legacy do you hope the Hanging Gardens will have?

To be the finest, greenest building in the world on delivery, and the centrepiece of Dublin docklands.

What occupiers do you hope to attract to the building?

We have delivered European headquarters for Google and Amazon and are building HQs for Salesforce and Facebook totalling over 1.3m sq ft net. We have established ourselves as the developers of choice for large and ambitious multinational corporations.

Equally there are indigenous businesses of scale, including the larger professional services firms here, which would be potential occupiers in our view.

After Dublin City Council rejected your planning application for an extra two floors, why did you then decide to double that in your third bid?

This is the largest single office letting in the history of the Irish state at 530,000 sq ft – our Facebook letting of 375,000 sq ft at Fibonacci Square is the second largest.

Salesforce is a thriving global business that has worked closely with our inward investment body, the IDA, to find the people and space in Ireland to fulfil its ambitions for growth here.

It could easily have located in any one of a number of other countries. The idea that red tape and myopic planning could deny Salesforce the space it needs for the efficient running of its operations in Dublin is very hard to fathom.

Yes. It’s very simple: young people want to live and work in the same area – invariably, the city centre, close to restaurants, bars, shops and amenities. They don’t want the expense, hassle and environmental cost of running a car and they certainly don’t want to waste three hours of their lives each working day stuck in traffic jams.

How have the Ronan Group’s ambitions changed?

We want to build the best buildings in Dublin. We will continue to try to achieve that. A more supportive attitude from the local authority would help. My ambition would be to convince the planners to have more ambition.

Where are you looking to develop next?

Where are we in terms of the property cycle?

We take a long-term view.

Have people moved on after the last crash?

There is still lingering concern and caution and rightly so. We don’t want to see an oversupply of offices. There is still plenty of scope for residential, particularly if it’s well planned, centrally located close to major employers and with excellent public transport links.

With a no-deal Brexit still a possibility, how do you think it might affect Ireland?

It has been said that no type of Brexit is good for Ireland, but we would be of the view that – deal or no deal – there will be opportunities for the country and for us as a group.

We need to be brave and agile to identify them and capitalise on them and that’s what we fully intend to do.