​Levelling up: collaborating to deliver

How can the private sector bring its skills to deliver the levelling-up agenda through real assets? 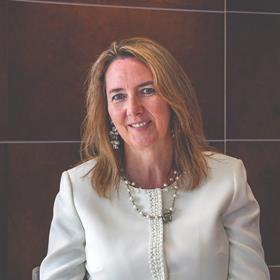 The Levelling Up White Paper has finally been published, with the purpose of reducing the apparent wealth disparity between the north and the south by seeking to distribute employment opportunities and provide investment to the more deprived parts of the country.

We are now clear on the government’s ambition to restore a sense of community, local pride and belonging. The government clearly recognises the need for our sector to help deliver the reality given the creation of the Department for Levelling Up, Housing and Communities last year, placing real assets at the heart of the delivery through road, rail and regeneration, as well as the delivery of homes. But with the targets focused on delivery by 2030, there is clearly a need for momentum.

Of course, the government is facing a significant challenge in balancing the books following the pandemic, so where will the much-needed investment come from? The answer is mostly from the private sector – and from harnessing capital willing to commit to the creation of sustainable structures and communities requiring a longer-term investment play.

To deliver, a huge amount of sustained investment will be needed, with the Centre for Cities estimating the total cost of levelling up in the UK being close to £2trn. Our sector has a vital role to play in bringing together the thinking around how the public and private sectors collaborate to deliver levelling up.

While in the announcement new policy and funding were perhaps missing, it is worth noting that many levelling-up initiatives are already up and running. For example, last year the government established eight freeports; there’s The Future High Street Fund, the government-owned UK Infrastructure Bank, the Levelling Up Fund (announced at the Spending Review) and The Towns Fund; and this year there will also be the launch of the UK Shared Prosperity Fund to replace the £2bn per year that the UK received from the EU’s structural and investment funds to ‘reduce inequalities between communities’.

However, barriers to investment may yet require further policy intervention by government, such as:

Delivery is now clearly dependent on private investment. UK and overseas institutional investors have a bias towards still investing in London and the South East so can be reluctant to invest elsewhere. The government has a role to play to encourage broader investment alongside its own.

So, we can now see the government’s ambition, plus we understand broadly what is needed and where, with the benefits of better countrywide alignment being clear. We now need to think about ways to come together to deliver through a public-private partnership of capital backed by further policy interventions to deliver.