Retail will always have a place

The end of 2019 ushered in a calmer UK political climate after the Conservatives’ decisive general election victory. 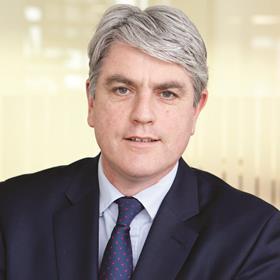 But it was a tumultuous and occasionally stormy decade that began with the global financial crisis; saw a colourful reality TV host become US president; included a divisive Brexit campaign; saw Greggs launch a vegan sausage roll; and concluded with Liverpool FC on the verge of ending their 30-year title drought.

The winds of change have also blown through retail real estate, characterised by huge structural change driven by shifts in consumer behaviour and advances in technology.

Today, globally, more people own a mobile phone than a toothbrush; technology that once filled a building now fits in our pocket and in 20 years will fit inside a blood cell.

If Facebook was a country, by population, it would be the largest in the world, ahead of China and India. The number of daily text messages sent exceeds the population of the planet. And today, 70% of first dates are arranged through online dating or social networks… Facebook is also cited in one in four divorces!

However, retail is not dead; nor is the internet destroying the high street, as the media so often portrays. The two are intrinsically linked. It should be noted that compound average growth for total retail sales rose 3.2% from 2010 to 2019, which mirrors retail sales’ compound growth from the previous decade, coincidentally also 3.2%.

The dynamics of retail are changing, but the reality is online has not created new demand; it has simply diverted spend away from the high street over the last decade.

Today, online accounts for 19.6% of total retail sales, up from 6.2% 10 years ago. As a result, some retailers have become less relevant or necessary, while opportunities have opened for others.

The physical store still remains important and, according to Mintel, £8 in every £10 of retail spend was in store in 2019. Bricks-and-mortar stores are important for online fulfilment, through click & collect, as retailers seek to minimise the high operational cost pressures of the fulfilment of online orders. Indeed, Global Data credits online fulfilment with creating a large profit hole in the pockets of retailers to the tune of £2.2bn.

More positively, click & collect is set to grow 46% over the next four years. This presents an opportunity for property owners such as NewRiver with conveniently located community assets with large, accessible and often free car parks, which lend themselves well to the collection model.

The common ground between the retail casualties, including BHS, Blockbuster and Toys R Us, is that they did not respond to changes in consumer behaviour. 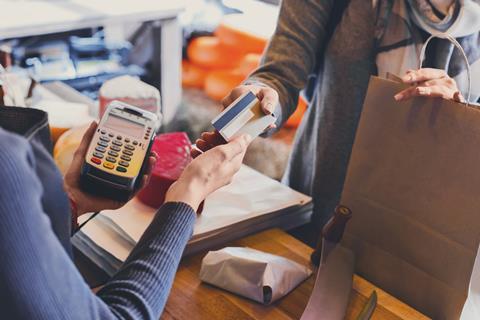 Yet, while there have been casualties, there have also been success stories, demonstrated by operators that responded to changing shopping habits, such as B&M, Home Bargains, Primark, Lidl, Aldi and the mighty Greggs, which has shown a particular flair in its ability to adapt to changing consumer ethics and dietary choices with its vegan sausage roll (I am a fan!).

The fundamental issue is that there is too much physical retail space in the market and that excess space needs to be replaced.

The market will work through a solution, and as the excess retail space is repurposed into alternative uses, in time, vacancy rates will reduce. In turn, the remaining retail will become far more viable.

The market has already begun repurposing the excess retail space. According to the Local Data Company, redevelopment activity was up 385% in 2019 versus 2015, and the fastest-growing conversion format was retail to residential, increasing from just 2% five years ago to 16% in 2019. This rebalancing will continue, but it will take time and capital.

It is important that this excess space is repurposed into relevant alternative uses complementary to the retail offer and needs of a town centre. However, the repurposing will likely take too long if left to the private sector alone. Local authorities should be encouraged to take a more interventionalist role. They are the real custodians of their town centres, uniquely placed to identify the challenges and opportunities facing their town centre and then work in partnership with willing and active investors and developers to deliver the rebalancing strategy.

The physical store is fundamental to communities across the country, so in the Chinese year of the Metal Rat, which symbolises both the beginning of a new day and productivity, we can look forward with optimism, acknowledging that there will always be a place for retail.

Retail is ultimately about supply and demand, which is underpinned by three things: the right product, at the right price, in the right place, be it online or in store.