The ideal city is not a numbers game

I was recently reacquainting myself with an intriguing painting in the Ducal Palace in Urbino, entitled the Ideal City (late 15th century, artist unknown but possibly Piero della Francesca). 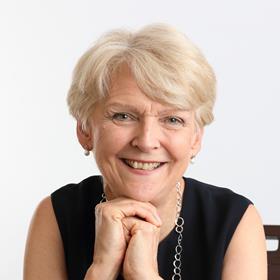 Its highly stylised but nevertheless perfectly proportioned features are not to our tastes today but the title got me thinking about what constitutes the ‘Ideal City’ (or town, district or suburb). This is an increasingly important subject as we try to come to terms with the aftermath of the pandemic and the realisation that we perhaps no longer live in a benign temperate environment.

In cities, our crying need for more housing (not to mention astronomical land values) has led us to build ever more densely and at greater heights. But the idea of being stuck in a 42nd-floor flat when working from home or when the thermometer hits 30°C does not sound very appealing. And I am not sure comprehensive air conditioning is the answer, with rising energy bills and an urgent need to cut consumption.

High-rise living is also unlikely to appeal to people with young families, which is why those who have the choice move out into the low-rise suburbs.

Of course, density brings benefits in terms of creating critical mass that supports local services, reduces dependence on car travel and facilitates the growth of thriving commercial activities. The much-talked-about 15-minute city has its detractors but it is based on a fundamentally good idea: housing, employment, services, education and healthcare all a 15-minute walk or bike ride away from each other. It sounds very much like the place where I grew up, Bournville in Birmingham – and it really worked. 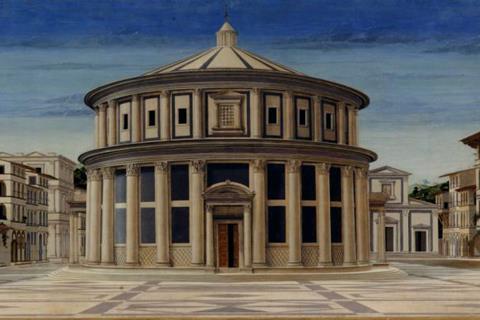 Picture perfect: the painting Ideal City hangs in the Ducal Palace in Urbino

So the question I believe all real estate stakeholders, including communities, should be debating constructively (as opposed to the somewhat hysterical campaign against all tall buildings) is what we need to do to plan our ideal place. Is it, as some commentators suggest, about re-learning how to build mansion blocks that recreate the density of, say, Pimlico, without the need for tall towers?

Architect colleagues tell me this would require a rethink regarding rights to light and space between buildings – surely not a big ask. Or can we find ways of making at least some higher towers more acceptable by concentrating on the urban realm at ground-floor level? In so many places, it is a barren, concrete, windswept streetscape with little life, no services and hardly a tree in sight. Surely every resident of a high-rise block should have ready access to green space – and somewhere for children to play.

But where will this leave the discussion about numbers and housing need? Well, perhaps former housing secretary Michael Gove had a point when he said we had become obsessed by the numbers game and the drive to build 300,000 homes a year. I am not sure future generations would thank us for pressing ahead with poorly designed, dense residential areas that eventually become uninhabitable because of new social habits and climate change – just so that we can tick the numbers box.

I am not saying we shouldn’t be trying to make the best use we can of available land, avoiding where possible extending urban sprawl into the green belt. And we cannot and should not ignore the need to provide a sufficient number of affordable homes.

However, we also need a sensible and constructive debate about what constitutes the ideal place to live – and if that means changing a few policies, practices and perceptions then so be it. Better to do it now before we commit ourselves to building places that future generations will come to regret.

And as for that original painting, perhaps I should have mentioned that it is actually one of three similarly titled works, probably by three different artists, and each now known by their current location – Urbino, Berlin and Baltimore.

So there wasn’t agreement in the late 15th century as to who had the best ideas for an ideal city, just as there won’t be today. What is important, though, is that we have the debate now, before it is too late.

Liz Peace is chair of a number of real estate organisations, including the University of Cambridge Property Board and Real Estate Balance