​The impact of Croydon LBC v Kalonga on fixed-termed tenancies

In March, the Supreme Court handed down a judgment in Croydon LBC v Kalonga [2022] UKSC 7. This will have a significant impact on fixed-term secure tenancies, of which there are around 30,000 in England. 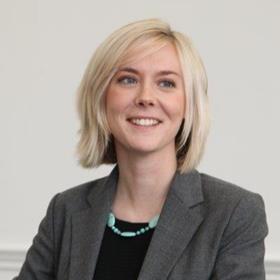 Until the Localism Act 2011 came into force, which introduced flexible tenancies, most secure tenancies were granted as periodic. This made it relatively straightforward for landlords to obtain possession at any point, provided they had served the correct notice. Additionally, the court had to agree that one of the statutory grounds for possession was made out and that it was reasonable to grant said possession.

This was changed by the advent of flexible tenancies, as they must be granted for fixed terms of at least two years, depending on the particular Local Housing Authority’s tenancy strategy. While landlords are able to invoke a mandatory ground for possession at the end of the fixed term pursuant to s107D Housing Act 1985, it has not been made clear how possession can be obtained during the fixed term.

The Supreme Court held in Kalonga that there are two ways of doing so.

Miss Kalonga was a Croydon Borough Council (“Croydon”) tenant occupying a property under a five-year flexible tenancy. Croydon issued possession proceedings during the fixed term, citing antisocial behaviour and rent arrears. Miss Kalonga defended the proceedings on the basis that her tenancy did not contain a forfeiture clause and that, therefore, Croydon was unable to evict her during the fixed term.

The Supreme Court decided that there were two ways in which a landlord could conceivably do so. The first is where the tenancy contains a break clause, which the landlord can exercise and then seek possession following the usual periodic route. The second is when the tenancy contains a forfeiture clause, which would allow the landlord to use the special provisions in the Housing Act 1985 (sections 82(1A), (3), (4) and (86) to obtain possession. Without either of these clauses, the tenancy must continue until the end of the fixed term.

On the facts of the case the landlord’s claim failed because the power conferred by either type of clause was not pleaded. The clarity provided by the Supreme Court on this matter is surely to be welcomed by landlords and tenants alike.