To live or die on the high street

Additional business rate relief for shops will do as much good as giving alms to a beggar. Over 600,000 poor beggars already get relief in some form or another. Rateable values are referenced to rents, so rates will fall, eventually.

A 2016 review found raising taxes from online sellers is a fairer way to tithe retail (and maintain tax revenues when business rates do eventually fall.) A 2% Digital Services Tax comes into effect in April. But this ‘Amazon’ tax is budgeted to raise just £400m a year by 2022-23. Bricks-and-mortar retailers pay 20 times that in business rates now.

The Treasury will surely have modelled ways to counter the fall in rates – and devised ways to widen and hike the Digital Services Tax. As a stopgap, every poor beggar in retail is having their hopes raised by Whitehall whispers. Pssst… the high street is going to be “saved”, “now Brexit has been sorted”. Showering pennies from government heaven may be marginally better than pouring cash directly down town drains. But the idea that shoppers will surge back, lured by subsidised granite setts, cast-iron benches and flower baskets is wishful thinking.

Think. It’s Saturday morning. You need a £3 widget. That place in town stocks widgets, but have they the one you want? Sod it, search Amazon. The next day, a minimum-wage messenger shoves the widget through your letter box. Pity for bikers humping boxes of cooling junk food to your door has happily limited the expansion of Deliveroo and Uber Eats to the pitiless. But, to reference Trollope’s 1875 satire on capitalism, that’s The Way We Live Now. 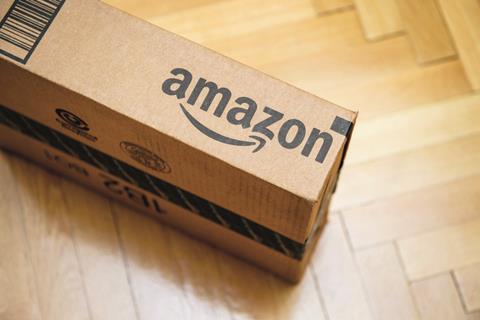 The high street has been partially saved; count the number of eateries compared with 20 years ago. The next wave of demand is easy to see: residential. Except, those keen to supply town centre homes still keep crashing on the planning rocks, which need removing. But, please, not by expanding permitted development rights – a stinker of an idea already blighting town centres with slummy flats. In the final analysis, the high street’s saviour is capitalism, not interventionism, by having the price of space fall low enough for traders to make a profit. Sorry, landlords. Charity should stay at home.

Can intu do a SEGRO?

Can intu’s fortunes rise as high as SEGRO’s have since? Probably not. Retail flows have permanently shifted. A river of trade now flows though sheds, not shops. But intu may prove a bargain. The market values intu at £271m, or 21.7p a share; the Red Book NAV is £3.6bn. News of the rights issue would not have emerged unless existing shareholders and the underwriting banks had not thought it worth a go, after months of rumination. Those who paid 10p for each SEGRO share 11 years ago have certainly been well rewarded.