As students across the country prepare to return home for Christmas, landlords and operators in the sector are left wondering what lies in store for them in the new year. 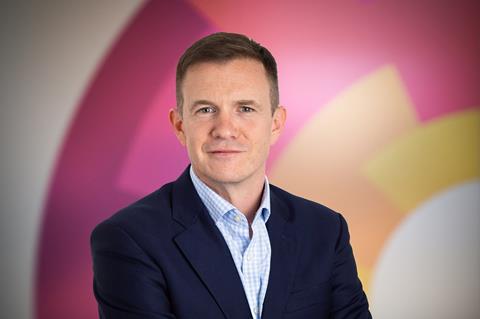 With more than 50 university schemes totalling more than 23,000 beds across the UK, CRM Students is one of the biggest players in the sector.

Its chief executive, Stewart Moore, shares his thoughts on what lies ahead and how CRM Students intends to rise to the challenge.

What is keeping you awake at night at the moment?

The major challenge is going to be in January and whether students return. The government has put out guidance about how lessons will go online before Christmas. It will then be a case of the government saying: ‘How are we going to get students back to university?’

It is a question of whether the government will let them return, because they do not want to see the spikes again. That is keeping me awake at the moment – figuring out what the government is going to do and what the impact will be on my students.

How has CRM’s portfolio in the UK fared compared with assets internationally?

We also operate in Austria, Germany, Italy, Poland, Portugal and Spain. Germany has been the most different market to the UK during this period. In Germany, when they had their lockdown, only 5% to 10% of students went home. Here, it was between 60% and 80%.

Our occupancy over there is about 95%. Excluding London, we would be the same here, but London has really struggled this year.

Why has London in particular been so difficult?

As the land values and construction values are so high, rent has to be significantly higher than in the provinces and places outside London; therefore, property in London is very much aimed at international students coming to London.

The issue is that those international students did not come this year.

How has the industry responded to students dropping out or not going to university as planned?

If students have not come, as an industry, we have been very good on this and allowed them to cancel. We managed cancellations very well and ended up actually overselling our buildings by about 12%. So we actually sold about 112% of our portfolio, but that was because we have had to resell more and more because of cancellations.

How has investor interest in the sector changed?

Most investors have seen this as a bump. We have had 10 to 15 very good years where rents have grown and investments have come through. This is a bump. That said, I suspect the pandemic will affect markets slightly differently. In Ireland, where prices are a bit high, I think there will be a slight change. Likewise, in Spain, I think the rents are high.

So, I think there will be some subtle shifting in those types of markets. But in reality, the fundamentals of people going to university are not going to change – you will still go to become an adult, to move away from home and to study.

What we might see is a shift in how people are studying. UCAS has suggested running courses from January to December, although I do not think that will work.

What impact will the pandemic have on the design of PBSA schemes?

We were already quite a bit ahead of the traditional residential sector in the student industry. We had already acknowledged that there was more to offer beyond the bedroom. Rooms used to be one room with a sink and four or five students to a shower; there would be no kitchen and you would go downstairs to your catered place.

The kit is now often an ensuite, a kitchen and studio with lots of amenity space where people can interact and live. That has really gone through to the co-living market as well. I anticipate we will see even more community space, bringing down the density of those rooms, in reaction to the pandemic and the lockdowns.

How crowded is the PBSA market?

It is a relatively crowded market. We have seen players disappear recently because they have been absorbed by others – Liberty and Unite are a good example. And we are starting to see a lot more coming together of companies to create larger groups.

How has the reputation of the sector been affected?

I also think universities and the private sector are managing it slightly differently. In Newcastle, the university runs a building that had 10 cases of Covid-19 and they locked everybody down. A privately managed building next door had about 20 cases and they did not lock the building down; instead, they just locked down those individual clusters.

I think the private sector can react slightly more quickly and is slightly less bureaucratic, enabling us to be a bit more swift and react a bit better.

Find out more about the UK’s premier student housing event