Why a sustainable Olympic Games must re-conceptualise the built environment

The Tokyo Olympic Games opened on 23 July, with the guiding principle for the event to “be better, together – for the planet and the people”. 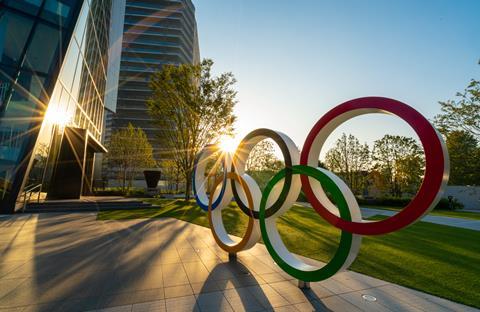 While this mission is a refreshing sign that sustainability is being taken into consideration by the international competition, the integrity of the commitment must be analysed.

Historically the most watched event in the world – the 2016 Rio Olympics had a global audience of 3.6 billion – the Tokyo Games are predicted to be viewed by half the world’s population. Not only does the competition attract widespread consumer attention, but it is also a pivotal political moment with real agenda-setting power particularly regarding sustainability.

It is encouraging to see Tokyo putting sustainability front and centre for consumers, athletes and politicians, acting as a role model for other international events. However, with such claims, the Olympics’ sustainability team need to ensure they are adhering to best practice ESG and actively disclosing their actions, in a departure from all-too-common greenwashing.

The plan for this year’s Games will see the use of sustainable materials where possible including medals being made from recycled electronics and podiums fabricated from recycled plastic. Additionally, 90% of the vehicles deployed to ferry athletes between venues will be electric. This, alongside the impact of Covid-19, which has resulted in a ban on international spectator travel, will cut the event’s carbon footprint by an additional 12%, bringing total emissions down to approximately 2.4 million tonnes of CO2. However, between the rapid erection of new sporting arenas, construction of athlete accommodation and the public and private transport implications of the Games, carbon emissions quickly add up.

Even with processes in tow to reduce the emissions, they will still amount to a greater CO2 production than the city of Melbourne reported emitting throughout the whole of 2019.

Significantly, the construction of new buildings produced for the event will be contributing to long-term urban sustainability issues, such as urban sprawl. Urban sprawl, exacerbated by single-use buildings, has severe environmental effects including reducing water and air quality, and increased temperatures. One of the most significant sustainability measures that can be promoted to tackle this is reusing existing structures by retrofitting arenas and designing for longevity post-games; a tactic that Tokyo has not seemingly embraced. Instead, the Olympic Stadium built for the 1964 Olympics, was demolished and rebuilt as a brand new venue.

Not only is demolition time-consuming and costly, but the process adds significantly to carbon emissions. The embodied carbon associated with new construction often outweighs the cost of operational carbon once a building has been retrofitted to improve energy efficiency, which can be as simple as upgrading lighting fixtures. The demolition of the original Tokyo stadium appears counter-intuitive to an event that supposedly has environmentalism at its heart; with such a focus on sustainable practice, and greener options there for the taking, the construction of the new stadium is seemingly more an exercise of spectacle than sustainability.

By perpetuating a culture of demolition, a short-term and carbon intensive construction industry is maintained. It is essential that urban planners reconceptualise their approach to the built environment, thinking of buildings as permanent fixtures, which can of course be improved, as opposed to replaced.

Take the example of Notre Dame Cathedral: when its spire was destroyed in a fire in 2019, contemporary architectural replacements were suggested for the reconstruction. A key reason behind this idea was the fact that the spire was already a 19th-century addition to the 12th-century cathedral, and so a like-for-like reconstruction would not necessarily be essential. Historically, buildings have stood for centuries, undergoing various improvement projects: adding contemporary features can and should reconcile aesthetics and efficiency. Taking an ‘upcycling’ approach to real estate, through initiatives such as retrofitting, is a great way to balance history, sustainability and practicality.

What is more, Japan has a long history of unique geo-engineering to accommodate for typhoons and earthquakes, requiring architectural practice to build on traditional construction measures to ensure durable, adaptable designs, rather than reject, reconstruct and reinvent. The Olympics should be an opportunity to continue this legacy of bespoke long-lasting architectural and engineering innovation, incorporating sustainability into its checklist of construction requirements.

Although the Tokyo Olympics have made important commitments to carbon reduction, they must consider the long-term life cycle of the urban project as the constructions are repurposed for continued use. The longevity of the sustainable initiatives must remain front and centre beyond the duration of the Games, to ensure that the buildings positively contribute to Tokyo’s urbanisation.