Why all is not lost for UK towns

The publication of the Housing, Communities and Local Government Committee’s report on the future of UK high streets was a well-rounded review of the scale of the issues facing our towns and cities. It also usefully pointed the way towards how owners, occupiers, councils and other stakeholders can work together to bring vibrancy to our high streets. 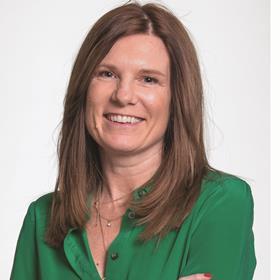 But what are the specifics of what can make towns and cities successful? Reflecting on Grosvenor’s experience in Liverpool through the successful development and decade-long management of Liverpool ONE, there are a number of factors that have helped to revitalise Liverpool city centre, making it the attractive destination it is today.

People find themselves in places in cities by chance. Cities facilitate an evolving, multi-faceted experience, where the purpose of the visit may begin as one thing, but become something quite different, consciously or spontaneously, over time. Similarly, there are a multitude of reasons why a person may visit a city, from shopping to work to culture and art. With so much readily available, no single location has to offer everything – and the visitor can decide what he or she consumes, sees or experiences. The advantage for destinations is that they can then focus on offering the very best of what they do or provide, rather than being distracted by adding other experiences in an attempt to broaden their appeal.

There is significant growth in city centre living. Liverpool’s city centre population, for example, was the fastest growing in the UK between 2002 and 2015, according to the ONS, with the population increasing by 181% during that period. The trend is only set to continue, exacerbated by environmental and sustainability pressures. With city-dwellers combined with visitors, we are seeing a higher concentration of people in relatively dense areas; however, volumes can be easily subdivided into easy-to-reach groups with significant critical mass. Social media amplifies this, with its real-time connections that allow people to share experiences in cities that in turn influence the behaviour of others. This is a significant benefit for destinations as it creates the opportunity to maintain a bond with consumers, even when they are not in the city.

Tourism forms a key element of many cities’ economies, generating spend and creating employment. More than that, however, the spend is indulgent, rather than of necessity. Visitors are in the city to enjoy themselves; to experience something new. Their propensity to spend, therefore, is increased and where and how they spend benefits destinations. Tourists also make a place more interesting, with different cultures, accents and perspectives coming together to create a cosmopolitan environment that other visitors can enjoy. 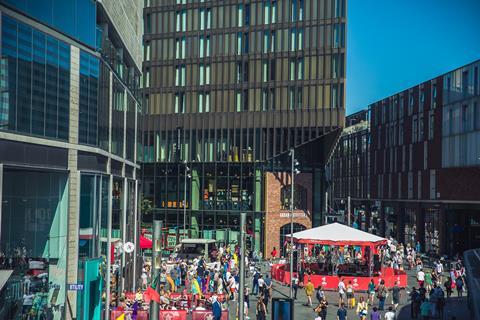 As well as great road links, public transport infrastructure enables the accessibility of cities to all demographics and for a much longer period of time. This ease of use of transport also broadens the type of experience visitors can enjoy, which is best evidenced by the strength of the night-time, food-and-beverage-led economies in most cities.

Individual locations benefit from the centralised marketing, branding and events resources deployed by the majority of cities. The vested interest of organisations such as Liverpool Vision in promoting the city benefits every asset in Liverpool because each becomes another reason to visit, reinforcing the sum-of-the-parts appeal of the city. In addition, the collective, proactive push by cities means communication is always on, even when an individual asset is not actively marketing itself.

Cities attract investment, which contributes to the critical mass, the diversity, the growth in residential population and, crucially, the city’s ability to attract more visitors and more investment. The assets in a city benefit from this continuously evolving economy, with spend elsewhere often bringing direct benefits that ripple throughout the city.

The right cities have a reputation that transcends regional, national or even international boundaries. They are known for something and have an appeal that creates global recognition. This can create an inherent desire to visit that, when channelled through the marketing might and collective vision, significantly amplifies assets’ ability to connect with consumers on a very large scale. Individual locations benefit from the goodwill associated with brand ‘X’.

In the case of Grosvenor’s experience in Liverpool, these factors come together to make the city thrive because every stakeholder is aligned. Individual agendas are put aside so everyone can work to a common objective. And by doing so, not only is the city successful, but individual assets are too.

It is not easy. It takes time, and sometimes a lot of persistence, but as Liverpool demonstrates there is definitely hope for our towns and cities.