Beacons of Britain over 70 years

Assembling a star list of significant or iconic British buildings is never going to be easy. Britain is home to some of the planet’s most ingeniously designed developments, so picking “the best” is likely to cause an argument – there’s so much choice to suit every taste. And what do we mean by “best”, “iconic” or “significant” anyway? 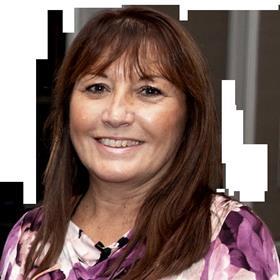 This week, Property Week puts the spotlight on eight of the best buildings constructed, or in the process of being constructed, in the 70 years Queen Elizabeth ll has been on the throne – one for every decade. We thought this would be a great way to celebrate Britain’s longest-serving monarch and engage readers who we hope will tell us whether they agree with the selection and tell us their preferences.

Writer Noella Pio Kivlehan’s list is a bold and diverse line-up of buildings reflecting the progress of architecture and design between 1952 and 2022. She chose buildings that had the wow factor then and still stand out despite the passage of time. It’s an eclectic mix, including a bus station, a cathedral and a building society HQ. Her list reflects the great changes in architecture from Brutalism to Modernism and Postmodernism through the decades. The triumph of regeneration comes out strongly with Liverpool ONE, the Mersey city centre retail transformation, and the Millennium Dome (now The O2), on the site of a former gasworks.

Readers will not be surprised to see The Shard featured as one of the most notable buildings to join the London skyline in the past 70 years. The 75-storey, mixed-use skyscraper stands 309.6m high and took our breath away when it was built in 2013 above London Bridge station. Architect Renzo Piano and developer Irvine Sellar saw the tower as a “vertical city”. As beautiful and striking as it is, The Shard now competes with many other equally stunning new buildings dominating the capital.

Just to prove there is no cronyism at Property Week, one of my favourites didn’t make the list. Sage Gateshead is a beautiful curved glass and stainless steel building opened in 2004 by the Tyne. Designed by Foster + Partners as an international music and conference centre, it was hailed as a symbol of Newcastle’s regeneration. Its gleaming, abstract exterior is deliberately out of keeping with its setting and the effect is mesmerising. Inside, the balconies and auditoriums conjure up the feel of a glamorous cruise liner.

As is the case with many magnificent buildings, the pandemic has presented a massive ongoing challenge to Sage Gateshead as it strives to fully recover its income. A Crisis, Recovery and Renaissance campaign is under way to raise £3m to save it – a sad sign of the times, but many other great buildings have weathered similar troubles and lived on.

The definition of great architecture is subjective, but there are qualities that all standout buildings share, such as their functionality, endurance, aesthetics, sustainability and ability to stir our emotions. Materials, design, layout and environmental concerns have changed dramatically over the Queen’s reign, but the emotional connection that iconic architecture creates has remained a constant.

When architects are asked to rank their favourite buildings, the three that often come up are all in London – the Barbican complex, Tate Modern and the Lloyds of London insurance building. We’d love it if you could join the debate by sharing some of your picks – especially outside the capital – on Twitter, using the hashtag #jubileebuildings.

Have a great Jubilee weekend.