Co-branded for life: resi schemes with a logo’s glow

A decade ago, when Range Rover launched its Evoque model, it grabbed headlines by roping in Victoria Beckham to endorse its new car with a special launch edition. The co-branding exercise stumbled somewhat when the former Spice Girl told assembled reporters: “I’ve designed a car,” apparently laying claim to the whole thing, rather than bits of stuck-on bling. 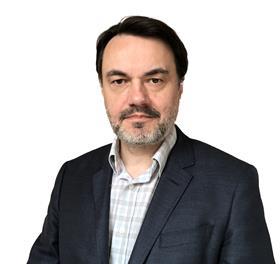 As well as putting the real designer’s nose out of joint, her statement posed an alarming question: would you drive a car actually designed by Victoria Beckham? Possibly not.

Cross-branded tie-ups are relatively common in the automotive world – often as a way to lend a fashionable glow to an otherwise humdrum vehicle. Borrowed branding is a growing phenomenon in property, too. In a November 2021 report into the global branded residence sector, agency Savills said activity had risen 230% in a decade.

Most property co-branding is aimed at the luxury end of the market, with high-end hotel chains giving an extra gloss to residential developments that offer hotel-inspired services. This week, we hear from Gulf Islamic Investments on its latest co-branded launch with hotel chain Marriott International, in Chelsea, following an earlier Hyde Park project co-branded with Lebanese fashion designer Eli Saab.

Upmarket sensibilities are also spilling into the purpose-built student accommodation (PBSA) sector, as we explore in our feature interview with Max Bielby, chief operating officer at Vita Group, which specialises in hotel-like studio apartments for undergraduates.

Co-branding in the PBSA world seems sure to rise, although the tie-ups will no doubt be different. Brand associations with sports or tech sector brands – those that already spend a fortune marketing their wares to young people – would seem to be a good bet.

Of course, today’s PBSA sector seems to exist on a different planet to the one I inhabited as a student. Had my halls of residence been endorsed by a brand, it might have been the Royal Marines, such was the level of endurance required to survive your first winter. I vividly recall shivering as a layer of ice steadily grew on the inside of my window.

Fortitude of a similar level will be needed to survive the remainder of the Tory leadership contest. Astonishingly, we are only half way through. Conservative Party members still have until 5pm on Friday 2 September to cast their ballots, and the mind boggles as to what hare-brained notions will emerge from the Sunak and Truss camps before the polling closes.

By chance we’ve also seen some co-branding creep into the debate, with Sunak now firmly aligned with Prada and Truss with Claire’s Accessories.

With a month to go in the hustings, we can only hope that at some point the debate might stray into concrete policy approaches to serious topics like planning reform, housebuilding, climate resilience, retrofitting and infrastructure development. Just as likely, hell might freeze over like my window.

Small wonder that when we asked PW readers who should move into No 10 – Sunak, Truss or Starmer – we saw a resounding win for ‘none of the above’.

It’s not hard to think of people who might make a better PM than any of the actual options. What is Victoria Beckham up to these days, anyway?