It’s do or die time on rent

It’s the rent, stupid. Landlords of retail property are in despair across the country, as much of their income dries up. 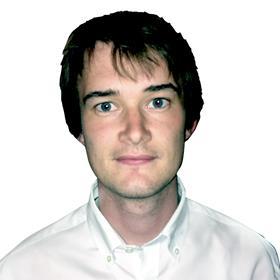 There may have been VAT cuts, restaurant vouchers and job retention bonuses in the government’s mini-Budget last week, but the lack of direct help on unpaid rent left many in the industry feeling that once again they had been left out in the cold.

As we highlight this week, industry bodies aren’t giving up just yet. In fact, the industry’s top membership groups are making a rare show of unity by doubling down on their call on the Treasury to introduce a Furloughed Space Grant Scheme – in effect, a government subsidy on rents.

Rarely have we seen so many big industry names speak so frankly – or angrily – about the dire situation they currently face, several of them making liberal use of swear words in reaction to the summer statement.

Boxpark founder Roger Wade says that “the elephant in the room is rent”. Without any help on that, he warns, there will be “bedlam”.

He is right. In an effort to encourage commercial landlords and retailers to find a middle ground on rent, the government introduced a code of practice last month.

As the BPF points out, the code was never supposed to be the panacea to cure all ills. Yet as a Property Week survey shows, more than two-thirds in the sector think the code is not fit for purpose. More than half of those polled also said they had not used the code, while more than a third thought that it benefited neither landlords nor occupiers.

The trade bodies have a tough task in hand asking chancellor ‘Dishy Rishi’ to give out any more money after his recent spending spree. But they should persevere.

They should make the case that the fragile flow of cash from occupiers to landlords to lenders could soon dry up completely, dragging down many otherwise not just viable but highly successful businesses in the sector, not least those that suffered a dismal June quarter of rental collections.

They should also make the case that much of the money tied up in property is from small retail investors who rely on the income for their pensions and the pension funds themselves, as Revo chief executive Vivienne King points out.

Desperate times sometimes call for desperate measures. In this instance, they don’t. They just call for the various industry parties to set aside their differences and come together to thrash out a sensible solution.

Then those parties need to lobby like hell to get the proposal over the line, because if the government doesn’t stop fiddling while Rome burns and act now on rent support, soon there won’t be anyone left to support.