London’s status as one of the top international destinations where people want to live and work has been a hot talking point for some time. 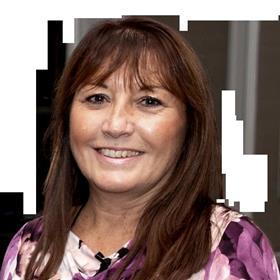 Has the post-pandemic mass exodus from the city we love – or love to hate – already begun, or is the capital just evolving towards another ‘new normal’: one of many in its long and storied history?

In this week’s issue of Property Week, there are opinions and evidence to support both views. On the debit side of the argument, CACI data shared exclusively with PW shows how 25 major towns and cities have been affected by shifting work patterns. Based on mobile phone location data, CACI discovered that the sharpest fall in visitor numbers was in the City of London, which saw a 58% drop in April 2022 compared with the same period before Covid hit in March 2020.

London districts occupied the bottom four places of the table, highlighting that daytime footfall has not recovered in the capital to the same level as in other parts of the UK – perhaps due to widespread adoption of hybrid working patterns by major metropolitan employers in finance, law and professional services.

In contrast, Nottingham, Newcastle, Bristol, Sheffield and Preston showed significant gains in footfall for the same period as more workers returned to office life, presumably because the jobs and industries in these locations are less suited to remote working.

On the credit side, London certainly feels busier than it did, job vacancies are on the rise and inward investment in real estate is up. CBRE figures show that central London office investment in Q1 2022 hit £5.5bn, the highest first quarter total ever recorded, as demand for top-spec space to tempt workers back to the office grows. Those of us working a split week in London undoubtedly feel that the workspace now needs to be more exciting and immersive to lure us away from the comfort and convenience of home.

This shift is feeding the growing undersupply of high-quality London office stock, which developer GPE attributes to a mixture of weaker sentiment, cost inflation and a tightening in the planning environment. It’s joining the list of many investors upgrading London’s office buildings to create more agile, appealing and energy-efficient environments that are better suited to the new world of work. GPE is banking on this flight to quality and it will focus on repositioning older HQ and flex space.

Finally there is transport, always a favourite topic among Londoners. The long-awaited opening this week of Crossrail’s £19bn Elizabeth line, joining eastern and western parts of the city and ultimately the suburbs, is likely to be a game-changer for people and business. Cushman & Wakefield’s head of London offices Ben Cullen predicts soaring office rents, particularly in areas like Shoreditch and Clerkenwell, as a result of Crossrail.

But the line may also go down in history as the end of an era. Steve Norris, chair of Soho Estates and Future-Built, and former minster for transport, wonders if Crossrail may be the last of the metropolitan megaprojects, given declining commuter numbers. Many question whether the billions it has absorbed could have been better spent in places beyond the M25.

Personally, I plump for evolution as much as revolution. The new normal that is emerging is starkly different from the old one, but whatever the future holds, London – and London property – will remain at the heart of it.