It’s that time of year again, when we get to compare two of the UK’s largest REITs that I have often said should consider merging to form a real powerhouse. 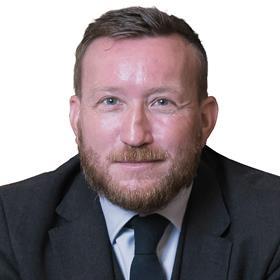 I’ve changed my mind. While Landsec and British Land do not tower above the listed property sector – SEGRO is now valued at more than twice their market capitalisations – it appears that with two relatively new chief executives, both companies are finding their own distinct paths forward.

Over at Landsec, valued at £5.6bn compared with SEGRO’s £13.5bn, Mark Allan has revealed a £3bn war chest to invest in London offices and mixed-use developments over the next five years. Allan also revealed a huge swing back into a £875m profit, reversing a loss of almost £1.4bn during the height of the Covid pandemic.

But Landsec has somewhat irked a raft of agents by slashing its retail adviser panel from around 30 to just five in a bid to “drive performance and build a more customer-centric approach”.

A number of those agents ejected from the Landsec fees have told me Allan is making a “big mistake”. “He’s not going to achieve best shareholder value if he’s ignoring the agents with the best local knowledge,” said one. “Not all those five agents are specialists in the brand areas they’ve been assigned to cover, so Landsec will be tripped up by this,” said another.

As is typical in the property sector, plenty of agents will carp from the sidelines but will not put their names where their mouths are. However, Goodbody analyst Colm Lauder was happy to come out and say what he thinks. He often does – and is more than often right. He points out that the slashing of Landsec’s agent list is not “an unusual move”. He adds: “Many large retail landlords have been trimming agency lists, and indeed try to take such roles in-house.” So, while there’s a debate to be had about Landsec’s agency strategy, it could also be said there’s an awful lot of sour grapes out there.

Like Landsec, British Land also had a good annual results week, turning its pre-tax loss of more than £1bn into a profit of £960m this time around. Net tangible assets leapt 12.2% to 727p per share, while the value of net assets came in at £6.7bn, up from just under £6bn 12 months ago.

British Land’s boss Simon Carter is also building a war chest of his own, having released more than £1bn since April 2021 to invest in “higher value-creating opportunities in development and growth segments of the market”. Carter is also confident of generating £2bn of future profit from developments such as Canada Water in south-east London and its urban logistics portfolio.

Both Allan and Carter can be somewhat chuffed with the performance of their respective property giants over the past year. While Allan has brought his experience from running regeneration specialist St Modwen to the table – his plans post the U+I acquisition prove that – Carter has rightly put his faith in the Canada Water campus and the cash cow that the logistics sector continues to be.

However, both also still need to do more work on addressing the issues facing the retail sector, but perhaps that will be the success they will gain over the current financial year.

Of course, having said I no longer believe British Landsec is the most obvious merger in the property kingdom, I may well be wrong. It has been known.