Retail must reinvent itself

After three months imprisoned within the same four walls, people in England were finally (partially) let loose from lockdown this week. 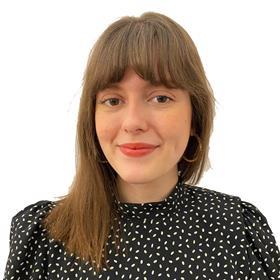 Instagram was filled with images of people toasting freedom with a trip to the pub (garden, of course), queuing to get those split ends chopped off at the hairdressers and laden down with bags after spending a pretty penny in the shops.

As a conscientious member of the PW news desk, I decided to take one for the team on Monday and venture up to the West End to see what all the fuss was about. Walking around Carnaby Street, through the bustling crowds of people enjoying an al-fresco lunch in the spring sunshine and watching ladies wrestling with their Primark bags, it was as if nothing had ever happened. As Shaftesbury chief executive Brian Bickell told me when I bumped into him taking a lap of his estate, people are more confident when they see other people out and about.

If anything, the reopening of non-essential retail and outdoor hospitality highlighted how much customers’ retail experiences are changing. Snaking queues of shoppers waited patiently outside shops like Niketown, Size? and JD Sports to get their hands on the hottest trainers, some of them perhaps planning to sell them online and make a quick buck. So maybe online and physical retail can work together after all?

As McArthurGlen co-chief executive Susie McCabe notes in this week’s View from the top: “Customers expect brands to have a multi-channel footprint… the focus on digital acceleration has certainly been something that has shifted.”

The key here is to make physical retail relevant again after shop doors have been closed for so long. A lot of excess space has been dumped back on to the high street as a result of retailer failures or store rationalisation programmes, so landlords and occupiers need to think more creatively about how they use that space.

Take my Monday lunch, bought from a vegan falafel pop-up on Ganton Street located in the unit of a former beloved café of mine. It is a great use of empty space. LGIM came up with another great way to redeploy empty retail units earlier this week when it gave 10 young entrepreneurs free space at its Kingland Crescent retail parade in Poole as part of its new strategy championing independent and small businesses. It’s a great approach that allows businesses room to breathe and flourish.

Landlords haven’t been given much breathing room over the past year. The impact is revealed in the latest March quarter rent figures released this week showing sharp falls in retail rent collected. Many landlords have not received any income now for more than a year and some are being pressured to agree to outrageous deals so their units don’t sit empty. All this on top of an eviction ban, now extended until 30 June.

The BPF is now calling on landlords large and small to submit evidence in response to the government consultation on what comes next. “The government cannot allow this scandal of tenants who can but won’t pay rent to continue,” says chief executive Melanie Leech, not mincing her words.

If the queues in London are anything to go by, retailers won’t be able to plead poor trading for much longer.