The CVA stakes get higher

Landlords have finally started to strike back against the CVA process. 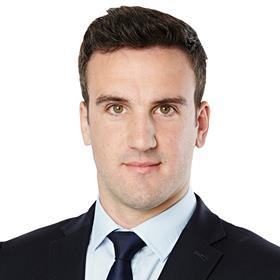 Last month, Sir Philip Green was forced into conceding a 20% stake in Arcadia in return for landlords’ support – having realised he was unlikely to garner the required number of votes.

Still he only achieved it by the skin of his teeth. Then last week came the Monsoon Accessorize CVA and landlords again bared their teeth. Eventually, Monsoon owner Peter Simon had to compromise with a profit-sharing scheme that would see landlords receive up to £10m if the companies trade profitably and above forecast in the future.

It is widely predicted that these kinds of deal will become commonplace in future CVAs as landlords look to make the best of a bad situation. It raises the question of where we are heading with this.

Will the big retail landlords become retailer-landlord hybrids with a small stake in a number of high street brands? I can see why they are pushing for these concessions. Apart from the obvious – trying to offset the losses from lower rents – it gives the landlord direct sight of the performance of the retailer and invaluable data such as operating cost ratios.

This data is gold dust to landlords and something they rarely get their hands on. If they have real-time data on enough retailers in their portfolio, they will be able to react more quickly to – or even pre-empt – poor-performing retailers and, for that matter, strongly-performing ones. It also makes for a far more level playing field in lease negotiations.

All the same, there is something that doesn’t quite feel right about landlords owning a slice of their tenants. Retailing is not their area of expertise and there is also the fact that the equity stake and profit-sharing concessions are being made by failing businesses. Twenty per cent of not a lot is not a great deal. Nor is sharing the profits of a company only if it trades above forecast in the future. A big if, in many cases.

Something that could be more appealing to landlords is a restructuring of leases, so rent is reduced by an agreed amount and period of time and is then increased if/when the retailer hits certain profit targets. It is something head of M&G Real Estate Tony Brown is looking at.

It is clear that whatever the method, landlords are starting to box clever when it comes to CVAs and not just rolling over. It is also abundantly clear that the walls that have been built up between landlords and retailers need to come down so the two parties can work together to combat the high street crisis. Owning a stake in the retailer could work but wouldn’t a move towards turnover rents be a better way of doing this?

When I first started writing about property just over five years ago, retail was the darling of the real estate sector and the CVA was an almost unheard-of entity. I can’t believe how much the market has changed in such a short period of time.

Why am I telling you all this? Because today is my last day at Property Week before I start a new career as a property analyst. I’m looking forward to many more years covering this great sector, albeit from a different perspective. Cheers. Bye!