The holiday is now over

Amid all the confusion and chaos over planned foreign trips to countries designated as red, amber or green, we can say with certainty that there is one holiday that will no longer be happening. 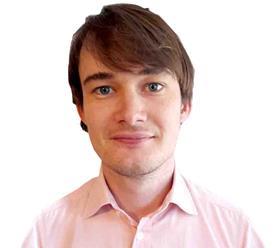 This week, the government has tapered down business rates relief from 100% to 66%, but the new relief will be capped at £2m per company – meaning that for medium and large firms, the business rates holiday has effectively come to an end.

What will the end of the holiday mean for the real estate industry? For a start, it will mean fewer deals being done. For while many occupiers might be thinking that now is the right time to take new space ahead of a potential consumer spending boom, agents say that the business rates system is the key factor scuppering their ambitions.

As John Webber, head of business rates at Colliers International, puts it: “The dealbreaker which I’m hearing about every single day is the business rates liability on the properties that are lying empty. The landlord is prepared to do a soft deal to get tenants in, but the one immovable object is the rates bill and that is causing a major problem.”

Webber cites one recent example of an occupier who had looked at taking over a former Debenhams store on an annual rent of £100,000. It was only when the £350,000-a-year business rates bill emerged that the plans were promptly dashed.

On Tuesday, the government hoped to assuage concerns over the system by launching a Business Rates Revaluations Consultation, proposing that revaluations of non-domestic properties would take place every three years, instead of the current system of five.

Yet as is the case with every Whitehall announcement, the devil lies in the detail, and the detail seems not all that impressive. For a start, the government is now imposing a duty on ratepayers to supply detailed information on an annual basis to the Valuation Office Agency about their properties, meaning there will be a greater onus on ratepayers and more paperwork for them, even before they can access the appeals system.

Secondly, there are doubts that shortening the valuation period from five years to three will be a drastic enough change for a rapidly shifting sector dealing with the rise of ecommerce and the pandemic.

Vivienne King, chair of the Shopkeepers Campaign, says the announcement is underwhelming. She argues for a system of “dynamic annual revaluations, which reflect modern expectations and in so doing remove the need for transitional reliefs”.

The BPF’s Melanie Leech adds that the government must also consider abolishing the system of downwards transitional relief, where a reduction to a rates bill following a revaluation is restricted. Both seem like sensible solutions, but if the last 18 months is anything to go by, I would not expect a helping hand from the Treasury.

Hope on the horizon

Despite the perennial tax concerns, it is not all doom and gloom for the sector. As our quarterly sentiment survey shows this week, some 45% of respondents said they were more optimistic than they were three months ago, while 14.5% were much more optimistic. With the vaccination roll-out making good progress and more lockdown easings set to come into effect, there are reasons for the industry’s optimism. Recent football results might just have something to do with it, too.