Why didn’t more cop on to COP?

Last week, I travelled to Glasgow for COP26. As a journalist, I am hardwired to be cynical, to not believe the hype. But COP26 really did make me feel hopeful. 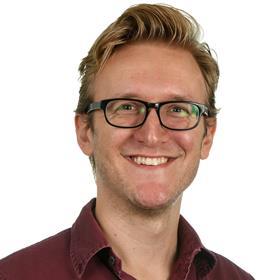 Thousands of delegates representing nations, businesses and organisations from around the world came together in one city to try and find a solution to the climate crisis. That should be celebrated.

Having said that, after all the hype, I was expecting an even bigger turnout – especially from the property industry given that the built environment accounts for 40% of carbon emissions. Yet, while the fossil fuel industry had the biggest delegation at the event – bigger than Brazil’s – the property industry was conspicuous by its absence.

I can’t help but think it was an opportunity missed. Oil and gas companies networking at a climate conference is an easy thing to satirise, but at least they were there. Does this mean there is an increased risk of lobbying from polluters? Absolutely. Is there any other way to convince this multi-billion-pound sector to change? Possibly not. Still, the fossil fuel industry was engaging in the debate – which is what some are claiming the property industry was not.

“The built environment has turned its back on COP26,” one senior planning expert told me bluntly.

So has it? Well, industry people weren’t exactly there en masse. Don’t get me wrong – there were some senior property industry figures at COP26. I met representatives from Savills, BNP Paribas Real Estate, Colliers, Iceni Projects, FORE Partnership and other companies that were hosting and attending events.

It is also worth pointing out that the industry is doing a lot of work behind the scenes – such as helping UKGBC to put together its Whole Life Carbon Roadmap, a trajectory that outlines how the entire built environment industry can reach net zero emissions by 2050 across operational and embodied carbon.

Plus, attendance was down generally. I walked into the conference without a ticket and managed to attend a supposedly sold-out talk on Islam’s response to the climate crisis because there were nowhere near as many people at COP26 as anticipated. Covid, a larger-than-needed police presence and disrupted travel are all to blame. But surely, given how critical the climate issue is and how big a role the built environment plays, there could have been a few more property folk there.

Then again, perhaps they would have been had the built environment been allocated more than the single one day in the two-week agenda that it was – during which it was lumped together with cities and regions.

The government has to shoulder part of the blame. Why was property so low priority for it at COP26? Why do its climate policies look so flimsy and rushed? Its Green Finance Roadmap, promoted at the conference by prime-minister-in-waiting Rishi Sunak, certainly did not impress investors.

However, the property industry should not be given a free pass. Yes, there were a lot of legitimate reasons for its less-than-enthusiastic attendance at COP26, but the excuses only go so far. The fact remains that this industry is responsible for 40% of emissions. It should be 40% of the conversation, 40% of the conference and 40% of the solution. For it to swerve that responsibility would be a cop-out.