Why London is still calling

When the UK first entered lockdown in March 2020, the impact was nowhere more stark than in London. 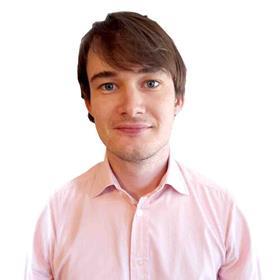 I remember walking down Piccadilly on the first day of lockdown and not seeing a single other person along the street. As the capital’s offices, stores, bars and museums stood silent, the eerily apocalyptic sight was reminiscent of a scene in the Danny Boyle movie ‘28 Days Later’.

Of course, now, with the benefit of hindsight, it is easy to say that London was always going to bounce back, although it certainly didn’t feel like that at the time.

Happily, my alarmism was not shared by others, who take a more long-term view. Take Argent’s Robert Evans, the developer of King’s Cross, which now stands out as one of the most highly regarded examples of neighbourhood regeneration, not just in London but in the UK and indeed the world. In this week’s issue, he looks back at the development 20 years on from its inception.

For Argent, the short-term threats posed by a global financial crisis, and even a pandemic, have just been bumps, albeit large ones, in the road. The developer’s strategy was always built on “long-term investment, long-term development, long-term ownership, long-term placemaking”.

Ditto for Mayfair landlord Grosvenor, which has endured more ups and downs in London’s real estate market than most and this week showed its commitment to the city by promising to become “the UK’s first property company to be carbon neutral across all scopes by 2025”.

Investors, too, are putting their confidence in the capital. Investment manager Federated Hermes and London Square’s affordable housing arm Square Roots have acquired a site in Colindale, north London, with a view to delivering a 505-home scheme with a GDV understood to be in excess of £100m.

Of course, the real estate sector is not taking the city’s recovery for granted. Ahead of Rishi Sunak’s upcoming Budget on 27 October, developers and owners have voiced their concerns about London being overlooked amid a swathe of ‘levelling-up’ pledges based on greater investment for northern cities. They are calling on the chancellor to give greater funding and policy support to drive London’s recovery and stop it inadvertently being “levelled down” – a plea I suspect will fall on deaf ears.

Talking of the Budget, will anything be done to tackle the worsening problem of business rates? Their impact can now be seen even on the most iconic of the UK’s high streets, London’s Oxford Street, where Westminster council is offering rent-free space to start-ups and intends to cover business rates bills as well in a bid to inject some festive spirit into the area in the run-up to Christmas and into the New Year.

The hope is that 2022 will turbocharge the capital’s recovery. The industry is certainly optimistic, not just about London’s prospects but the whole country’s. Almost 90% of those who responded to our latest sentiment survey expect real estate investment in the final quarter of 2021 to be higher than in Q3.

What’s more, more than 75% are more optimistic about the future than they were three months ago. Some 18 months on from that first lockdown, let’s hope their optimism is well placed.