Will Liverpool walk on?

Few cities currently illustrate the ups and downs of the world of property development quite like Liverpool. 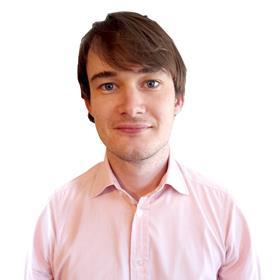 The maritime city has had to navigate choppy waters recently, starting late last year when mayor Joe Anderson was arrested on suspicion of bribery and witness intimidation as part of an investigation into the awarding of building contracts in the city – allegations he vehemently denies.

Just over six months later, and Liverpool is now reeling from another public humiliation – this time from UNESCO. Voting by secret ballot at a meeting in China, its committee has decided to strip Liverpool of its world heritage site status. The UN agency’s main concerns focus around the £5bn Liverpool Waters development and Everton Football Club’s plans for a shiny new £500m stadium, but UNESCO’s decision seems to lack the nuance needed when judging something as broad as the status of a city’s heritage.

As Dan Hynd, managing director at Liverpool developer Promenade Estates, puts it: “There seemed no appreciation of the outstanding conservation work undertaken since the early 1990s and compromises that delivered good modern architecture alongside heritage assets. The council walked an intelligent line between refurbishment and economic renewal.”

Metro Mayor of the Liverpool City Region Steve Rotheram echoed that view when he said: “Places like Liverpool should not be faced with the binary choice between maintaining heritage status or regenerating left-behind communities and the wealth of jobs and opportunities that come with it.”

The question now is: will UNESCO’s decision damage the city? The concerns are twofold: firstly, whether this could adversely affect the city’s reputation as a place for investment and tourism; and secondly, whether the decision to remove its status could result in a let-rip free-for-all for developers.

It remains to be seen whether, as many hope, Liverpool will shrug off the loss and maybe even go from strength to strength. However, Avison Young’s principal and director of Liverpool, Stephen Cowperthwaite, is not losing any sleep over the decision, noting that Liverpool has always been a place that adapts and evolves. “Heritage and regeneration are not mutually exclusive,” he argues. “The Three Graces on Liverpool’s waterfront were built on reclaimed docks. The thriving Royal Albert Dock once stood derelict.”

Let’s hope he is right, but in the meantime, the UNESCO decision serves as another reminder of just how fractious the business of planning and property can be.

Not all doom and gloom

Liverpool may have been generating negative headlines, but it has not all been doom and gloom this week for UK cities. In Birmingham, Goodstone Living has snapped up a four-acre consented site set to deliver more than 500 new build-to-rent homes and the largest private garden in central Birmingham, while in Cambridge, new research has found that appetite for lab space is so strong that there is nothing left for occupiers to take.

Expect more activity as cities pick up where they left off 16 months ago, even if we do see a bit of a summer lull in the next few weeks. There is too much ground to make up – and too much demand to ignore.