Will planning ever improve?

This week’s edition of Property Week provides a snapshot of different views on the planning system – or more accurately thoughts on the different ways it seems to be broken. 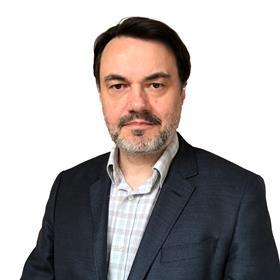 Land agency boss Simon Cox posits that the current system is “actively counterproductive”, before outlining how rerouting planning fees into the actual planning teams might lead to more professional outcomes.

Agency founder Ed Siddall-Jones, meanwhile, flags up the exhausting delays that hamper development, noting that whenever a sale is contingent on planning approval it “takes forever to get the deal over the line”.

Architectural commentator Paul Finch goes into some detail about the difficulties of developing within conservation areas, due to the prevailing supposition that anything ‘new’ must by definition be damaging. Finch’s parting shot is aimed at the notion of ‘beauty’ that the government is still intent on injecting into planning deliberations.

If you thought government infatuation with beautiful placemaking had faded with the departure of Robert Jenrick, think again. The notions and programmes he set in motion more than two years ago roll slowly on. As recently as 20 June this year, the Department for Levelling Up, Housing and Communities (DLUHC) published the initial findings of pilot projects set up across 15 local authorities to assess the practicality of a National Model Design Code (NMDC). The NMDC sets out a range of requirements for local design codes, including aesthetics.

The phase-one findings make for compelling reading, given that the NMDC could well be brought into law. The Levelling-up and Regeneration Bill, which began its progress through parliament in May, aims to give the secretary of state powers to define “national development management policies” and for those policies to then trump local planning policies, whatever they may be.

Interestingly, the pilot projects have exposed the real difficulties of defining and acting on notions of beauty. The first-phase report, compiled for DLUHC by the Bartlett School of Planning at UCL, says a number of local authority planning teams “preferred not to use the term beauty” due to the difficulties it brings, including the reaction from local people when their homes are labelled ‘ugly’.

Another criticism is that attempts to favour certain aesthetics could lead to “the exact same thing [built] over and over again”, which is “what the volume housebuilders are already doing, and we don’t like it”.

The other factor at work, of course, is the current state of play in No 10. With the Conservative Party keen to find new ways to restore its appeal among traditional Tory voters, in the wake of charisma failure, partygate and byelection defeats, there is every chance that changes to the planning system might not turn out to be progressive. There are, after all, many people in the country who view a planning system that gets in the way of new buildings as a good thing, itself worthy of conservation against harmful redevelopment.